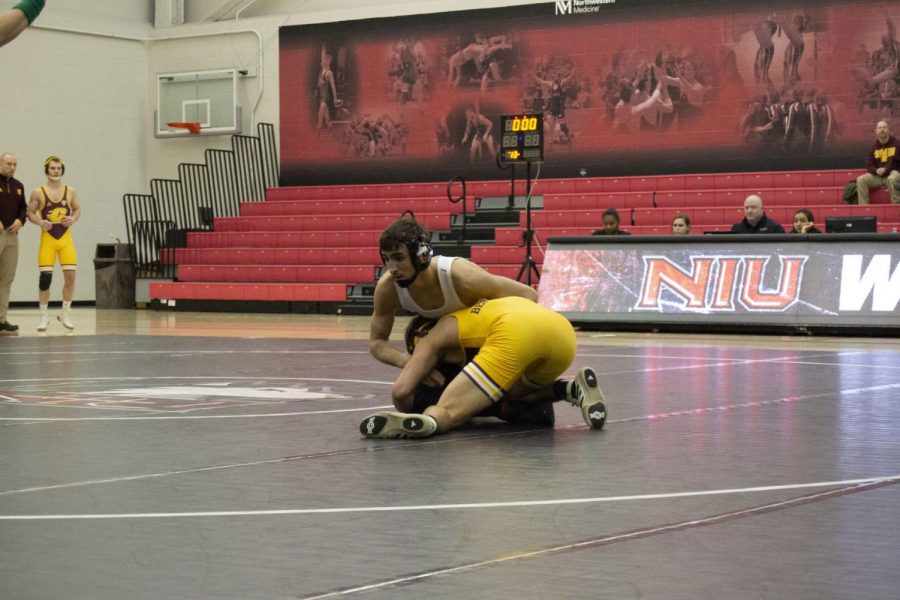 DeKALB — The wrestling team started its weekend road trip to Ohio with a 24-6 decision win over the Cleveland State University Vikings on Friday night in Cleveland.

“The guys wrestled tough,” Ludwig said in an NIU Athletics news release. “It was a great team win. I liked the grit out of our guys tonight.”

Redshirt sophomore Bryce West got the Huskies off to a good start with a 10-6 decision win over first-year Logan Heil at 125 pounds.

The Huskies rebounded with a win by redshirt senior McCoy Kent beating first-year Gus Sutton at 149 pounds to tie the dual back at 6-6.

Redshirt sophomores Mason Kauffman and Brady Barnett were tied at 1-1 after regulation at 157 pounds. Kauffmann would secure a takedown in overtime for the decision win, putting NIU back in the lead for good.

Redshirt sophomore Brit Wilson came the closest out of any NIU wrestler to picking up bonus points for the dual, beating first-year DeAndre Nassar 10-4 at 184 pounds and coming short of a major.

With the win, NIU joins Rider University and the University of Missouri as the only teams in the Mid-American Conference with 10 overall dual wins. The Huskies’ conference record moves to 5-2 while the Vikings fall to 4-5.

NIU will look to take hold of second place in the MAC West Sunday when it meets Ohio University in Athens, Ohio. The first match is scheduled to start at 1 p.m. with the dual broadcasted on ESPN+.