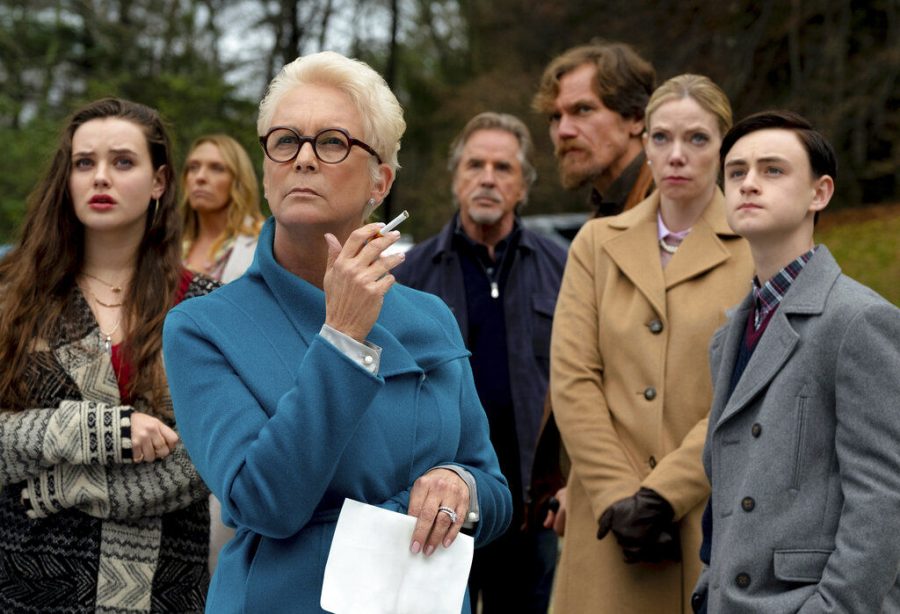 The murder mystery is a dying breed of film with very few filmmakers partaking in the genre. While some recent films have revived this style, including 2017’s “Murder on the Orient Express,” they are mainly adaptations of pre-existing material.

“Knives Out” manages to stand out with an entirely original premise by writer and director Rian Johnson, who proves to be a modern visionary in filmmaking.

“Knives Out” revolves around the tragic death of mystery writer, Harlan Thrombey, played by Christopher Plummer. When foul play is suspected, Detective Benoit Blanc, played by Daniel Craig, arrives to solve the mystery and eliminates no suspects, including Thrombey’s dysfunctional family, played by an ensemble cast including Chris Evans, Toni Collette and Jaime Lee Curtis. The more the investigation continues, the more complicated the plot becomes.

The large ensemble cast helps propel the film to a level of respectability. Craig does a magnificent job as Detective Blanc and keeps the audience guessing the whole movie as to whether he’s a buffoon who gets lucky or is a secret genius. His thick Southern accent, or “Kentucky Fried Foghorn Leghorn Drawl” as the film puts it, matched with his reserved demeanor makes him both over-the-top and subtle at the same time.

Ana de Armas, who plays Marta, easily gives the most compelling performance as Thrombey’s nurse and dear friend. Her desire to uncover the truth behind Thrombey’s death makes her the key character of the film. Not only does she have to help Blanc solve the mystery, but she must also contend with the Thrombey family.

Thrombey’s family is where a lot of the film’s entertainment comes from because of their interactions with each other and their gigantic personalities. Among these personalities are Jacob, played by Jaeden Martell of “It,” who is an “alt-right troll dips**t,” Ransom, played by Chris Evans, who lives to rile up his family with his smart-aleck attitude, and Joni, played by Toni Collete, an especially annoying lifestyle guru who is oblivious to the family’s discontent with her.

Being an ensemble piece, not all of the cast has time to stand out, including Nana Thrombey, played by K Callen, who is i’s mother and whose age remains a mystery even to her family. With a large cast like this, there’s only so much time Johnson has to give each character, so some get swept to the side.

Even though the film is a mystery revolving around murder, comedy is a large staple which can be attributed to Johnson’s excellent screenplay. The film is especially reminiscent of the 1985 film “Clue” which balanced over-the-top antics with dialogue heavy humor. While “Knives Out” doesn’t have as much slapstick, the connection is clear.

The screenplay even contains political commentary with the Thrombey family, being politically diverse, arguing over current policies. What makes it refreshing is that, despite political affiliations, both sides of the spectrum are portrayed as moronic by the members of the family, serving as a clever commentary on modern U.S. society.

The mystery is compelling, has multiple layers and will keep the audience guessing, as good mysteries should. At first, it seems the motivation has been identified in the first half but, as the film progresses, the plot thickens and the explanation for Harlan’s death becomes even more twisted.

Despite being set in the present day, the atmosphere Johnson creates resembles a classic Hercule Poirot tale by Agatha Christie. The film is beautiful and this can be attributed to its production design, cinematography and music.

The main setting is an old mansion in the New England area and it is incredibly atmospheric. It has all of the classic tropes of a mystery house, which is fitting considering the occupation of Harlan, including secret passages, large statues and odd structures including a large, circular display of knives. One character, Detective Lieutenant Elliot, played by Lakeith Stanfield, even states that Harlan “lives in a ‘Clue’ board.”

Steve Yedin, a frequent contributor of Johnson, provided the cinematography and the shots Yedin creates are sure to stick in the minds of viewers. Much of the shots are long shots which seem smaller compared to the setting, almost making the environment a character of the story.

It also gives the audience the ability to analyze the contents of the scene, particularly all of the details hidden in the mansion. The lighting utilizes dark shadows, taking influence from film noir, creating a more mysterious feeling.

The music, composed by Nathan Johnson, another frequent collaborator of Rian Johnson, relies on classical composition. Much of the score is used with stringed instruments and pianos taking the lead. The score is slow moving in the most perfect way, building up tension for the inevitable payoff.

As the 2010s come to a close, a new generation of directors come into play, including visionaries like Denis Villeneuve, Damien Chazelle and Greta Gerwig. Thanks to films like “Looper,” “Star Wars: The Last Jedi” and “Knives Out,” Rian Johnson deserves to be mentioned alongside these influential artists. “Knives Out” is the perfect blend of cinematic artistry and crowd pleasing entertainment.