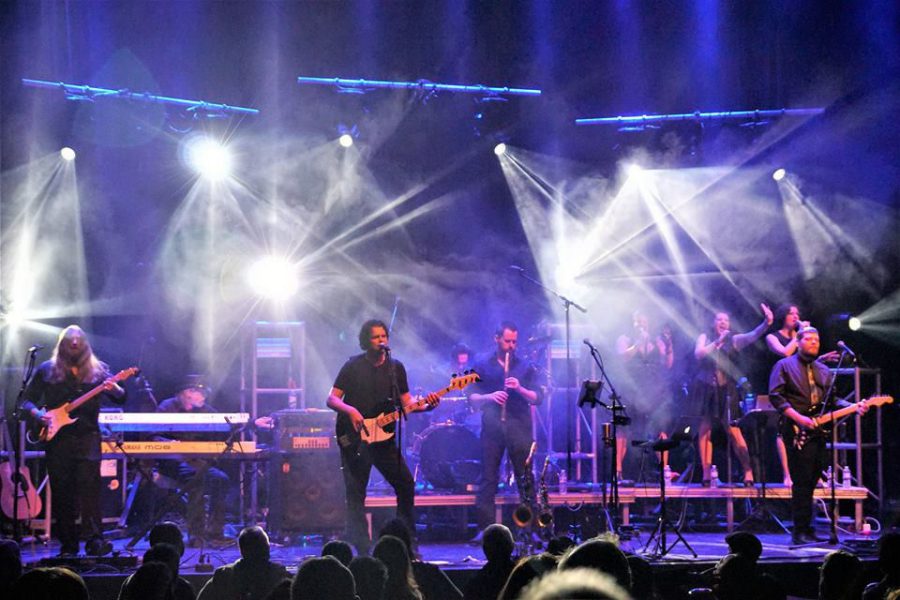 The tribute group Think Floyd USA will perform the songs of Pink Floyd including the entire album "The Wall" at 7:30 p.m. Saturday at the Egyptian Theatre, 135 N. Second St.

DeKALB – The music of Rock and Roll Hall of Fame band Pink Floyd will be performed at the Egyptian Theatre by Chicagoan tribute band Think Floyd USA. The group will perform a selection of tracks by Pink Floyd, including the entire album “The Wall” 7:30 p.m. Saturday at the theater, 135 N. Second St.

“Think Floyd is always a good show,” Pugh said. “Every time they come back, it keeps getting better.”

Formed just outside of Chicago in 2004, the group of eight has opened for groups like Toto and The Zombies, according to Think Floyd USA’s website.

“We love to have them,” Pugh said. “Plus they are from Chicago, so it’s good to help local groups.”

Much of the group’s performance will be dedicated to performing the album “The Wall.” The album was primarily written by Pink Floyd bassist Roger Waters and tells the story of a rock star named Pink who suffers from extreme isolation, resulting in the titular wall. Gerald Scarfe turned the album into a stage show which used puppets and animation, and a movie starring Bob Geldof as Pink was released in 1982.

“[Think Floyd USA] will have a screen to project animation onto,” Pugh said. “There will also be a huge light show.”

The band itself has been well received by the public, Pugh said.

“The buzz is super positive, and people are looking forward to the show,” Pugh said. “The comradery the band has formed with the patrons is great, and the band always stays in the lobby after the show to meet fans.”