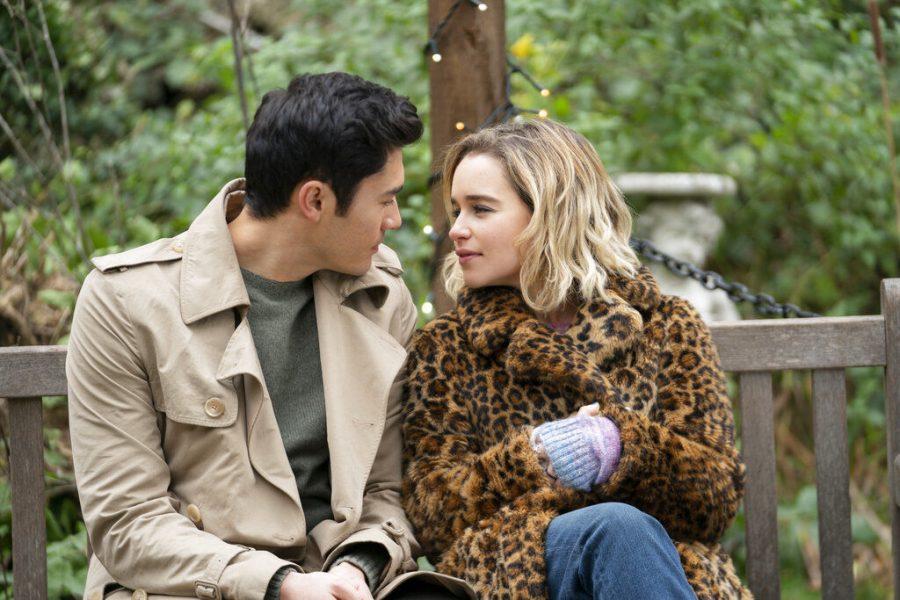 “Last Christmas” takes the genre of romantic comedies and adds very little. At the same time, the film is a relatively pleasant experience that will make most viewers feel the fuzzy sensation of the Christmas spirit resulting in a harmless, and at times charming, film.

Emilia Clarke, fresh off of the final season of “Game of Thrones,” stars in the film as Kate, a singer who works in a Christmas shop and a miserable person. She doesn’t take care of her health, is isolated from her family and is incredibly selfish. But when a mysterious stranger named Tom, played by Henry Golding, shows up and persuades her to help others, the two begin a romance and Kate’s life changes for the better.

Much of the charm the film has can be found in its cast. Clarke’s character development is particularly strong and she manages to balance both a selfish and a sensitive side.

The reasons why she is so selfish are understandable and Clarke’s performance manages to win the audience over. Emma Thompson also stars in the film as Kate’s mother. Thompson produced and co-wrote the film, and she provides several comedic moments, while also having a touching relationship with Kate.

Golding’s portrayal of Tom is nothing fantastic, mainly because the script gives him little to work with. Golding is a capable actor as seen in films like “Crazy Rich Asians” and “A Simple Favor,” but much of his dialogue is “inspirational” lines. His character could have easily been replaced by a Pinterest page filled with inspirational quotes that have little substance.

The script, in general, is uneven with several subplots that don’t add to the main plot and aren’t that entertaining. One such subplot is when Kate’s no-nonsense boss, played by Michelle Yeoh, falls in love with a customer, played by Peter Mygind. It’s painfully awkward and has little effect on the story. Much of the comedy functions like this by containing several hits as well as several misses.

The late George Michael’s music is heard throughout the film since Kate is a huge fan,  which helps add to the enjoyment of the film if the viewer is a fan of his music. Even if a scene isn’t that great, Michael’s vocals help with the film’s quality.

The direction of Paul Feig is serviceable, but there just aren’t very many set ups that feel visually interesting. This film is nowhere near as exciting or investing as “A Simple Favor,” “Bridesmaids” or “Freaks and Geeks.”

The best part of the film is seeing Kate go off and do good things, including volunteering at a homeless shelter. It’s funny and endearing and makes the viewer feel good while watching it.

Overall, “Last Christmas” isn’t anything great, but it isn’t terrible either. There’s a lot of elements that warrant love and some that don’t. However, the film still manages to capture the essence of the Christmas spirit while other comedies like “Christmas With the Kranks” and “Deck the Halls” have no idea what Christmas really means. So, as is, if someone feels remotely interested in seeing “Last Christmas,” go ahead. It may just be worth the price of admission.