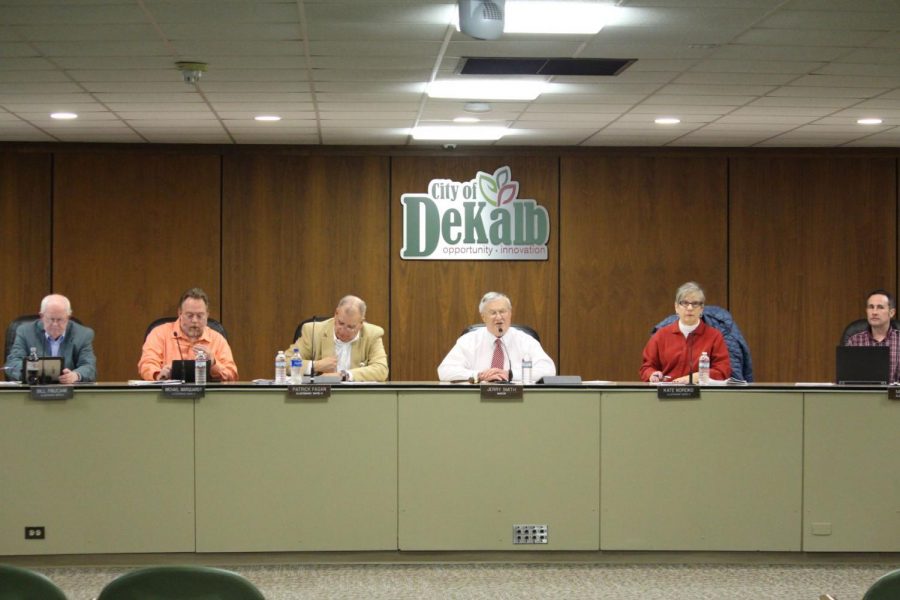 DeKALB — Mayor Jerry Smith has chosen Gregory Perkins to fill the fourth ward alderperson position and the City Council will vote to approve his appointment at Tuesday night’s meeting.

If City Council members approve the appointment, Perkins will be sworn in at the meeting to start his term as fourth ward alderperson, replacing Pat Fagan.

Fagan resigned in September because he moved into a different ward.

Smith said six others applied for the position, but he only ended up interviewing five of the applicants because one person didn’t live in the fourth ward.

“I felt that Perkins was the best choice based on the fact that he’s someone who has been in the community all of his life; [he’s] a multi-generational DeKalb person, he’s educated from Northern, works in the community and has a good sense of what the City Council is trying to do,” Smith said.

Perkins could fill the position until April 2021 if the appointment is approved. He could not immediately be reached for a comment.

Perkins graduated from NIU in 1989 with a degree in finance, according to a resume attached to the Nov. 12 City Council agenda. Perkins is also the founder and coach of the NIU Football Club. He currently works as an operations manager at Ryerson Metal Processing and Distribution in DeKalb.

Smith said Fagan approved of his decision to appoint Perkins as the fourth ward alderperson.

Perkins is married to Michelle Perkins, who is the executive director of the DeKalb County Housing Authority, according to agenda documents. He also has three children, Hayden, Michaela and Jacob. Hayden and Michaela are also NIU graduates, and all three attended Kishwaukee Community College.

Perkins is currently a member of the Board of Trustees for The Benevolent and Protective Elks Lodge No. 765, and he previously served as the treasurer at First Baptist Church of DeKalb, according to agenda documents.

Smith said based on Perkins’s knowledge of the community and his long-time residency in DeKalb, he believes Perkins will be able to hit the ground running.