City budget gets push back from clerk 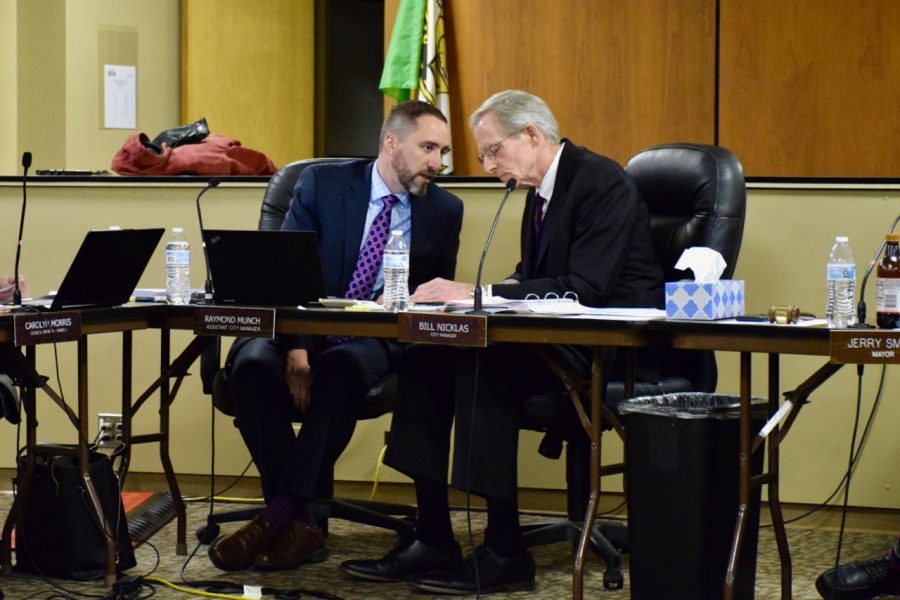 DeKALB — The DeKalb City Council moved forward Monday with a 2020 budget on first and second readings despite back and forth debate between council members and City Clerk Lynn Fazekas.

During the public hearing portion of the meeting, Fazekas said there were problems in the proposed budget, which was discussed last week at two joint Finance Advisory Committee meetings.

The full-time and part-time staff salaries in the Finance Department budget was “problematic” and the City Clerk finances should have a breakdown on the budget, she said.

Seventh Ward Alderperson Anthony Faivre said to Fazekas that trying to dig up dirt on the city is getting old.

“You keep [saying] that there’s a shadow in the finances in the city when there isn’t, and there’s nothing that’s been recorded from audits or third-party audits,” Faivre said.

After the back-and-forth, City Manager Bill Nicklas said it’s not professional or within the realm of municipal code for the City Clerk to be engaging with council members during the meeting.

“You’re telling me to sit down and shut up basically, and that’s not going to happen, Alderman,” Fazekas said. “Just because I am the City Clerk, whom you all are trying to erase, doesn’t mean that I lose any rights as a citizen. I’m going to continue to exercise those rights to the best of my ability.”

The 2020 city budget was approved with a 7-0 vote on first reading and passed 6-1 on second reading. First Ward Alderperson Carolyn Morris said she opposed the rush vote because she thought the budget should’ve been read again at the next meeting.

Fazekas said the $182,581 allocated to the Finance Department isn’t enough money for the five full-time employees and instead would only cover three full-time members based on the Full-Time Non-Bargaining Unit Pay Plan on the City of DeKalb’s website.

In fiscal year 2019, there were six full-time members in the Finance Department with projected costs of $217,923, according to the fiscal year 2020 budget.

Fazekas said she’s concerned about the disappearance of the treasurer/comptroller role from 2013 and the elimination of the Finance Director and Assistant Finance Director roles, which were transferred to Assistant City Manager Raymond Munch.

During the discussion of the ordinance to pass the 2020 budget, Munch said every dollar that flows through the city goes through multiple levels of approval.

“If I’m going to be frank, do I have experience as a finance director?” Munch asked. “No, I’m not an accountant by trade, but the one thing I will say is I consider myself to be one of the most ethical people that you will find, and if there’s a watchdog of the city’s finances, that is truly I.”

Fazekas also requested that council members consider a breakdown of the clerk’s budget on a separate sheet like the city has done in previous years. The breakdown of the city clerk office included wages, office supplies and training expenses, according to the fiscal year 2013 city budget.

Nicklas said the breakdown of the city clerk’s budget wouldn’t serve any purpose for the public because most people only ask for the overall budget for elected officials.

The Council passed a 4 cent increase in the local motor fuel tax to fund street improvements.

Nicklas said city staff considered raising the motor fuel tax because public residents and businesses have been crying loudly for repairs to the city’s streets and fleet of police, fire and public works vehicles.

A 2019 tax levy was also unanimously passed at the meeting. The levy is a 4.2% decrease from the amount taxpayers originally pay on their bill. The city is projected to collect $592 million in property taxes next year, according to the Nov. 25 agenda.