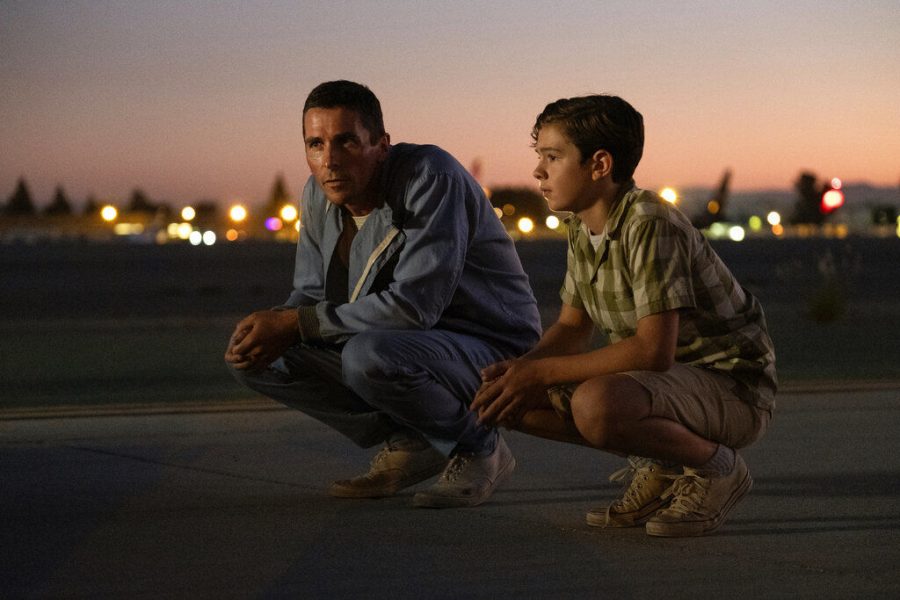 “Ford v Ferrari” is a relatively simple film with exhilarating racing sequences and fun conversations between characters. It’s also a non-stop thrill from start to finish, one of the finest films of the year and a triumph from director James Mangold.

The film stars Matt Damon as car manufacturer Caroll Shelby, who is commissioned by the Ford Motor Company to build a car capable of beating Ferrari at the famous 24 Hours of Le Man race. To help construct the car, Shelby recruits one of the best race car drivers and Shelby’s best friend, Ken Miles, played by Christian Bale.

Throughout the film, the two leads must battle corporate takeovers, constant technical problems and each other’s egos in order to win the race.

This film is all kinds of fun thanks to the performances of the two leads. Bale is great as the headstrong Ken Miles who wants to race and will do anything to be in the driver’s seat at Le Mans, while Damon tries to keep him under control in front of the Ford executives who see Miles as a threat. Their chemistry is magnetic, and they convey a strong bond of friendship.

Even for those who know nothing about cars, their construction or racing them, the passion Miles and Shelby share for their craft is easy to identify with for those who share a similar amount of investment for what they do.

Director James Mangold has spent the last decade working on realistic action in films like “3:10 to Yuma” and “Logan,” and that direction shines through, especially during the racing sequences. There is a healthy amount of wide shots which display all that is occurring, mixed in with a good amount of medium shots on the racers, to display their emotions as they drive a 2,000-pound vehicle of speed and death.

The stunts in the film were conducted with real cars and stuntmen, according to Fox Business, and it clearly shows. The realism of the 24 hours of Le Man race grabs the viewer’s attention and keeps their eyes fixed on the screen, praying not only thatMiles crosses the finish line, but that he crosses it in one piece.

While the film contains exciting action, the focus is where it ought to be: on showcasing the leading characters and their lives. Miles, in particular, gets a great deal of development because of the film’s depiction of his family.

The chemistry he has with his wife Mollie and son Peter, played by Caitriona Balfe and Noah Jupe respectively, is fantastic and gives Miles something to fight for. He’s not only racing because he loves it, but he also wants to provide for his family and inspire his son.

“Ford v Ferrari” also utilizes excellent production design and costumes, by François Audouy and Daniel Orlandi, that transports the viewer back to 1966. The way the film is designed is pleasing to the eye and captures the essence of the environment Shelby and Miles inhabit.

“Ford v Ferrari” is a perfect display of the “American Dream,” as two individuals, against all odds, stand up for what they believe in and work hard to create something revolutionary. It’s a film that will exhilarate and inspire anyone who sees it.