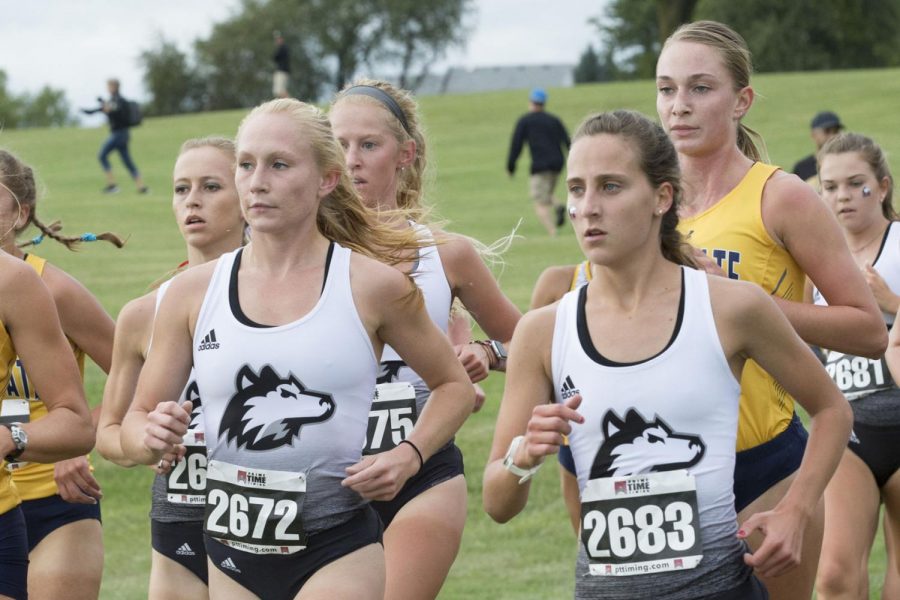 Juniors Mackenzie Callahan and Ashley Tutt start their engines Sept. 6, 2019 during the Huskie Challenge at the North 40 Course on NIU campus.

The Huskies placed 27th overall, the highest of all Mid-American Conference teams participating.

Tutt ran a time of 20:34.2 on the six-kilometer course, and was seven seconds outside the top-10 competitors.

Erica Birk-Jarvis, senior from Brigham Young University, won the individual title with a time of 20:02.6.

The University of Washington won the team title with four runners in the top-25.

Junior Mackenzie Callahan was the second Huskie to cross the finish line, posting a time of 21:20.1. Callahan finished 84th overall.

Next for the cross country team is the MAC Championship, on Nov. 2 on the North 40 Course on campus in DeKalb.