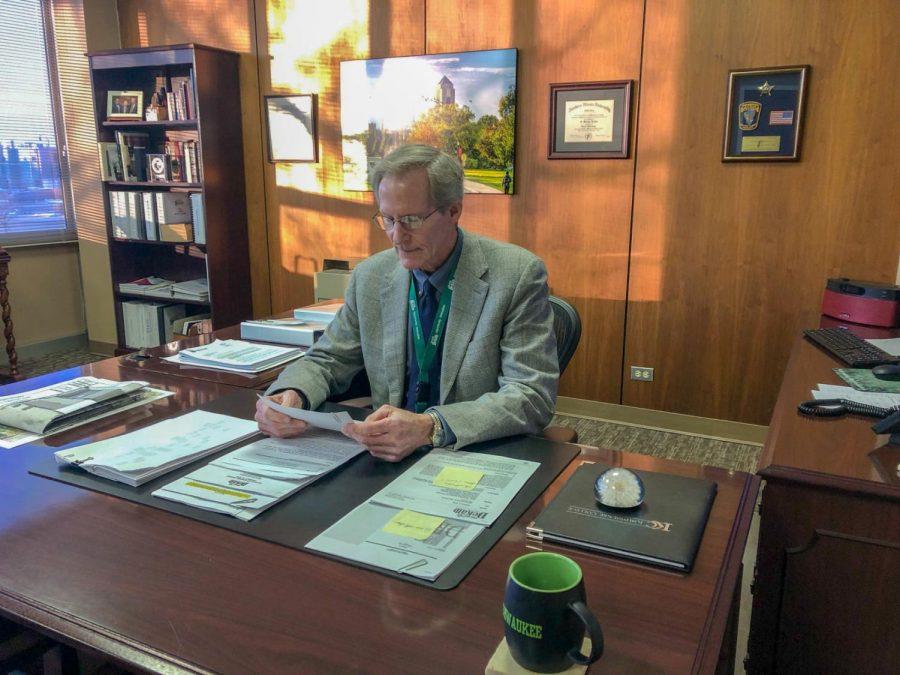 In this Jan. 14 photo, DeKalb City Manager Bill Nicklas sits at his desk and reviews documents after stepping into the position.

DeKALB — The decennial census will be conducted by the Census Bureau in 2020.

The bureau counts how many residents are living in the United States to determine how many seats each state receives in the U.S. House of Representatives. The next census is April 1.

Illinois may lose a seat in the House after the census, according to an analysis by Election Data Services. Many Southern states are increasing in population, so the Northern and Midwest states risk losing a seat or two to keep the total fixed at 435, according to the analysis.

“If there’s a loss of a seat, then that means there has been a loss of population, which affects revenue because significant types of revenue from state and federal government are based on per capita,” City Manager Bill Nicklas said. “We would be losing revenue we came to count on.”

Specifically, federal funds, grants and support to states, counties and communities are based on population totals and breakdowns by demographics, according to the Census Bureau website.

Demographic data is also taken from the census, and it is used to determine where local and federal governments need to direct their resources and attention.

Businesses use the data from the census to decide where to build factories, offices and stores, which creates more jobs in the community, according to the bureau. Developers use the data to build homes and revitalize neighborhoods.

The census is important specifically for local government because it shows what kind of services the people want from their local government. It allows the local officials to create and plan for those services, Nicklas said.

Local governments use the census data for public safety and emergency preparedness, according to the Census Bureau website. Residents also use the data to support community initiatives involving legislation, quality-of-life and consumer advocacy.