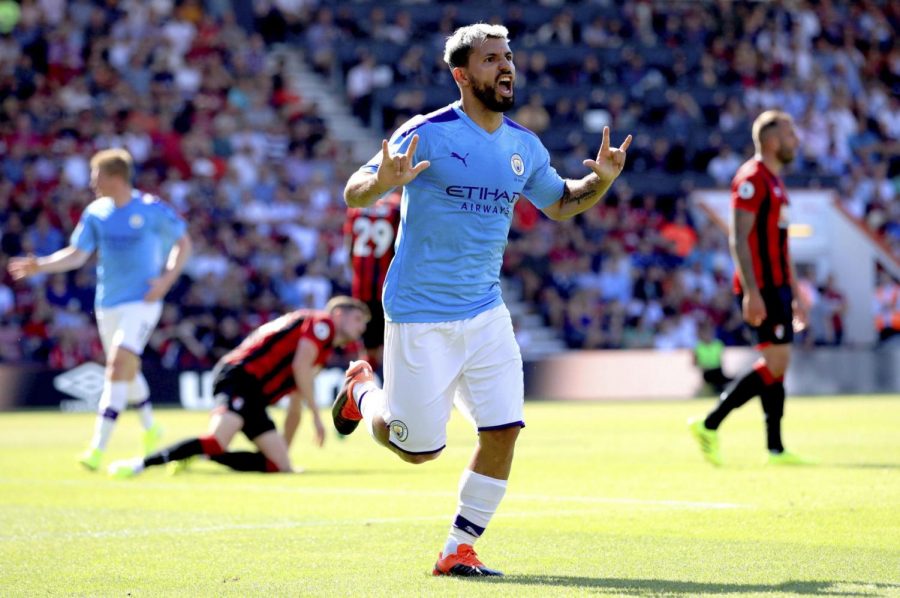 Forward Sergio Aguero helped Manchester City FC to a 1-3 win against AFC Bournemouth  Sunday. Aguero scored a goal in each half which gave City the lead in both occasions.

Liverpool hosted Arsenal FC at Anfield in a clash between English football giants. The Reds scored three goals under 20 minutes including a brace from forward Mohamed Salah during Saturday’s match.

Abraham opened the scoring three minutes into the match with a first touch tended volley past goalkeeper Tim Krul. Abraham was assisted from a right-side cross by defender Cesar Azpilicueta.

Norwich City responded with a goal three minutes later when inside the six-yard-box, winger Todd Cantwell tapped in a cross from forward Teemu Pukki.

Chelsea regained the lead with a goal from midfielder Mason Mount who placed his right-footed shot in the top-right corner. Mount was assisted by midfielder Mateo Kovacic.

Pukki added a goal of his own to level Chelsea. Pukki snuck behind Blues defender Kurt Zouma and powered his shot past goalkeeper Kepa Arrizabalaga. Winger Emmanuel Buendia assisted Pukki with a slick through ball.

Chelsea retook the lead with a final goal from Abraham who shook off two defenders at the top of the 18-yard-box and snuck his shot past Krul.

Aguero opened the scoring 15 minutes into the match after pouncing on a loose ball inside the 18-yard-box.

Midfielder David Silva finished the match with a pair of assists for Man City including one to winger Raheem Sterling at the 43-minute mark. The winger found himself in front of the frame after splitting two Bournemouth defenders and scored.

Bournemouth’s winger Harry Wilson closed the gap with a goal coming from a stunning free kick. Wilson pinned his left-footed shot on the top-right corner and out of the reach of goalkeeper Ederson.

During the second half, Aguero added City’s third goal of the match after finding a loose ball in front of the six-yard-box.

Just before the half, the Reds opened the scoring when defender Joel Matip met a corner kick cross from defender Trent Alexander-Arnold with a header and past goalkeeper Bernd Leno.

Four minutes into the second half, Liverpool was awarded a penalty when Arsenal defender David Luiz intentionally pulled Salah’s jersey. Salah converted from the spot.

At the 58-minute mark Salah added his second with quick separation from David Luiz and tight dribbling into the 18-yard-box. Salah curled his shot around Leno and into the back of the net.

Eight minutes before the end of the match midfielder Lucas Torreria put up the only goal for the Gunners when a tangle in the area ended in his favor. Torreira placed his shot out of the reach of Liverpool goalkeeper Adrian.

Aston Villa FC hosted Everton FC at Villa Park where the Villans earned their first victory of the season. Forward Wesley Morales and midfielder Anwar El-Ghazi put up the goals for Villa.

Southampton FC paid a visit to Brighton and Hove Albion where the Saints won 0-2. Midfielders Moussa Djenepo and Nathan Redmon scored for Southampton.

Newcastle United FC posted their first victory of the season. The Magpies defeated Tottenham Hotspurs FC 1-0 with a goal from forward Joelinton.

A stoppage time penalty-kick goal from forward Raul Jimenez helped Wolverhampton Wanderers FC tie against Burnley FC. Forward Ashley Barnes opened the scoring with a goal at the 13-minute mark for the Clarets.