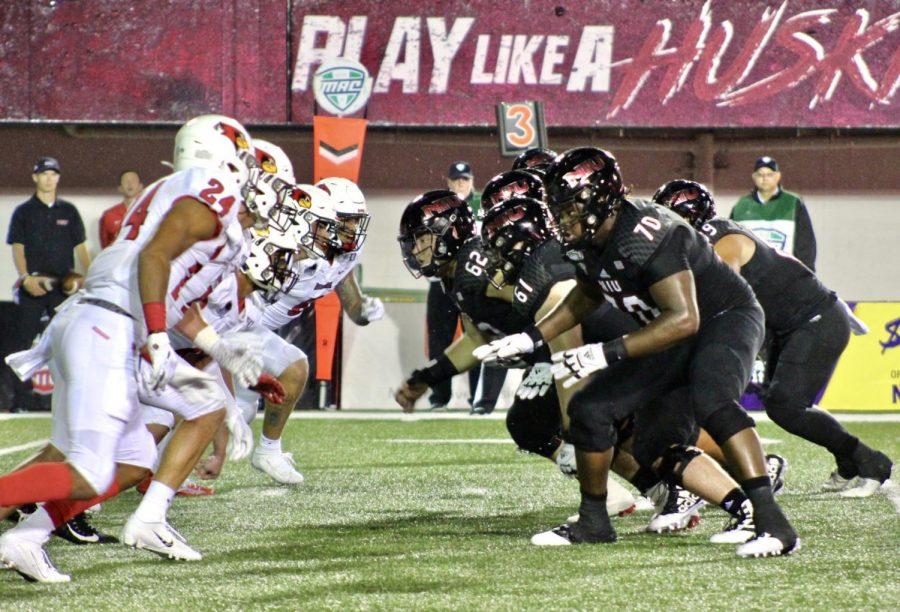 NIU faces off against ISU in Aug. 31 game.

DeKALB — As the 2019 football season approaches, Head Coach Thomas Hammock looks to lead the Huskies as a coach instead of as the star running back from his playing days at NIU.

Before being named the 23rd head coach in NIU’s football program, Hammock spent time as an assistant coach for the Baltimore Ravens, University of Wisconsin Badgers and the University of Minnesota Golden Gophers. His coaching career also includes a two-year stint as running back coach at NIU from 2005 to 2006.

As he prepares for his first game as the leader of the pack, Hammock remembers the time he spent on the field for the Huskies.

“The work ethic is very similar to what it was when I was a player,” Hammock said. “The hard way has carried on, and I think that is very important to the success of this program.”

Although not much has changed in the identity of the football program, Hammock raved about the facilities NIU offers its student-athletes, including the academic support offered and the air conditioning and heating system. Hammock said he would have loved to use some of the facilities offered to current Huskie athletes.

Redshirt junior quarterback Marcus Childers said he was excited when the coach was hired.

“He is a player guy,” Childers said. “He really wants us to be successful. He wants the best for us and puts us in situations to do our best.”

Hammock’s player-friendly coaching style has helped players find comfort and assurance in his coaching philosophy, according to his players.

Senior offensive lineman Christopher Perez Jr. said Hammock is invested in the player process, including being present at team workouts and team meetings.

“He’s taking care of us on and off the field,” Perez said. “He likes spending time with us. He wants to hang out with us and listen.”

Perez said Hammock is the same person day in and day out, which is something the lineman said he tries to duplicate. The offensive lineman said Hammock coaches his players in different ways but treats everybody with respect and expects respect in return.

Hammock says remembering his college days is amazing, and enjoys offering advice from his student-athlete experience to his team like getting good sleep, and staying cool in the summer heat.

“Just small moments and memories that come back [help me] relate to what [student-athletes] are going through,” Hammock said. “I remember there was a month or two when I could not pay utilities. We have a lot of kids going through the business school, I remember being in that program and how difficult it was.

While Hammock’s experience as a Huskie helps him relate to his players, redshirt junior running back Tre Harbison said Hammock’s coaching philosophy extends past the football field.

“He is real big on accountability, “ Harbison said. “He holds every player accountable [for] going to class, keeping grades up and doing community service.

Harbison spoke about Hammock’s role as an advocate for the player-community relationship. According to Harbison, Hammock encourages his players to be active and involved with Huskie Nation.