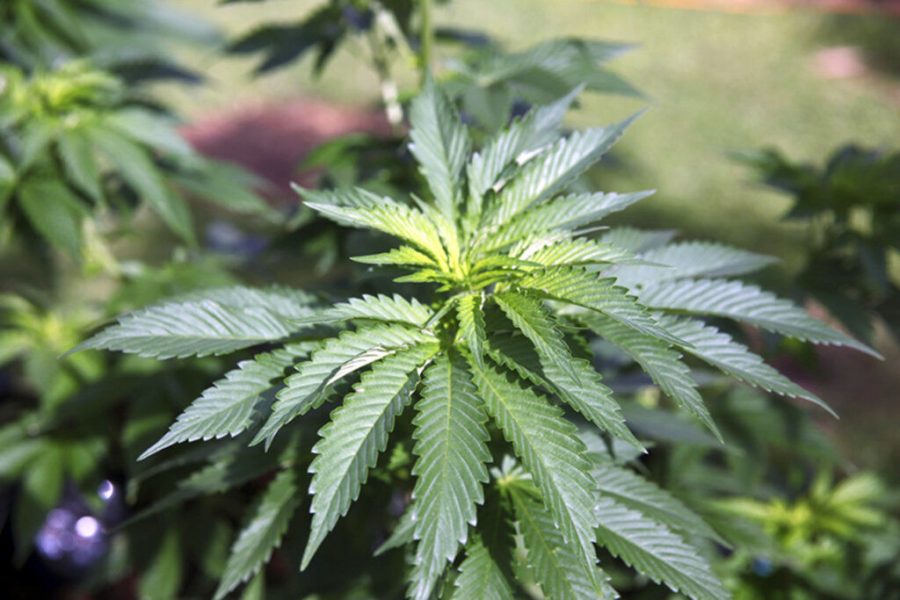 This Feb. 17, 2016 file photo shows marijuana plants at a home in Honolulu. A growing majority of Americans say marijuana should be legal, underscoring a national shift as more states embrace cannabis for medical or recreational use. Illinois lawmakers working to legalize recreational marijuana have hit a potential snag: whether to allow people to grow a few pot plants for personal use. The 10 states that have legalized recreational marijuana have different "home grow" rules, with Michigan allowing individuals to grow as many as 12 plants and Washington state not allowing them to grow any. Home grow opponents say it fuels the black market. Proponents say people should be able to grow it if businesses sell it. (AP Photo/Marina Riker, File)

SPRINGFIELD, Ill. (AP) — The Latest on action in the Illinois General Assembly (all times local):

The Illinois House has sent Democratic Gov. J.B. Pritzker another victory by voting to legalize recreational marijuana use.

The 66-47 tally Friday would allow those 21 and older to buy marijuana at licensed dispensaries beginning next year. Residents could possess up to one ounce (30 grams) and non-residents could have 15 grams.

Pritzker called for legalization in his campaign for governor. He has pledged to sign the law.

Rep. Kelly Cassidy’s measure also includes opportunities for past convictions for possession of 30 grams or less to be cleared. The Chicago Democrat says “it is time to hit the ‘reset’ button on the War on Drugs.”

Private property owners could restrict use. Landlords could ban marijuana on their property. And employers would still be allowed to maintain “zero tolerance” policies toward marijuana use and the workplace.