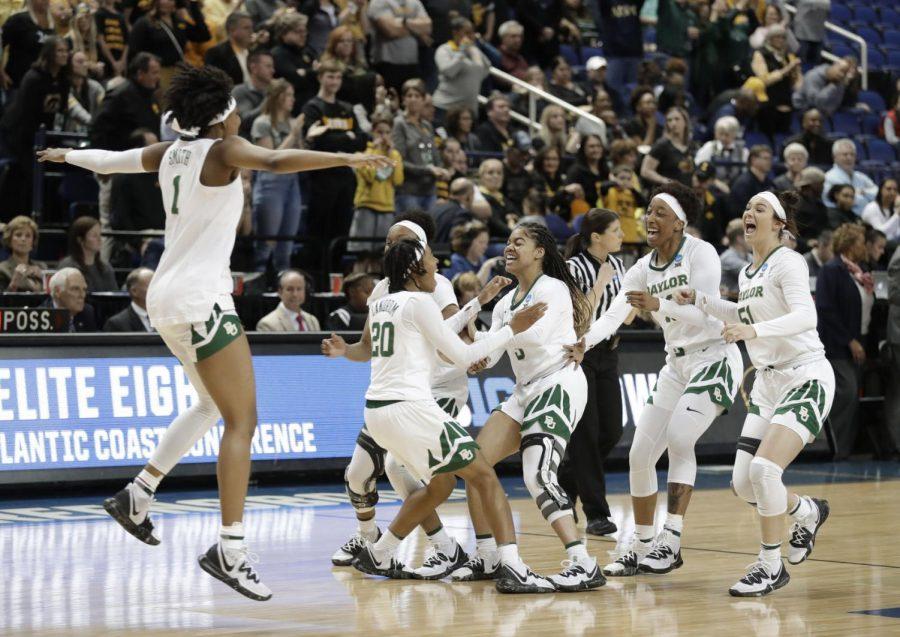 The final weekend of women’s college basketball is here and it has the potential to be one of the most remembered. On one side of the Final Four you have arguably the two greatest programs in history with Uconn and Notre Dame. Then you have two teams in Baylor and Oregon who are looking to submit themselves in history

Both games of the Final Four will be played on Friday in Tampa Bay, FL at the Amalie Arena. The first game is 6 p.m. with Baylor taking on Oregon and Uconn and Notre Dame will finish up the night 8 p.m.

Baylor earned the number one overall seed after ending the regular season with only loss and  defeating Uconn and South Carolina .They also have one of the most dominating center’s the in the country in Senior Kalani Brown.

Brown averaged a little over twenty points for the Bears and recorded a fair share of rebounds with 10.2 per game. In games against top-ranked opponents like South Carolina and Uconn, Brown put up 42 points and grabbed 27 rebounds.

Although Brown is a key part of the Bears success, she doesn’t do it alone. Junior forward Lauren Fox averages 15.3 points and 9.7 rebounds per game for Baylor.

On the other side, the Oregon Ducks’ prior experience of failing to reach the final four could help them make it to a National Championship. Over the last two years, the Ducks have come close of making it but fell in the elite eight round both times.

In 2017, they lost to powerhouse Uconn in lopsided fashion 90-52 and last year they fell to Notre Dame 84-74 as the Fighting Irish went on to win it all.

This year seems to be different, in the Elite Eight they finally got over the hump beating Mississippi State in nail-biting fashion 88-84.

Oregon reached its first final four with help from junior guard Sabrina Ionescu who scored 31 points in the win against Mississippi State. Ionescu led the PAC-12 in scoring this year averaging 19.7 points per game.

Neither team seems to hold a signifient edge but Baylor having a dominant center and winning the last 27 games will probably be enough to secure a spot in the National Championship.

Over the last five to ten years we have seen these two powerhouses face off numerous times, especially in the NCAA tournament. Uconn and Notre Dame have played each other six times in either the National Semi-Championship game or in the National Championship.

The most recent matchup came in last year’s Final Four where Notre Dame beat the Uconn 91-89 in overtime, after a corner jumper from Arike Ogunbowale.

As Notre Dame looks to take back-to-back National Championships, Uconn is looking to regain their spot at the top of the mountain. In the last 28 years, Uconn has been a mainstay in the championship picture.

Since 1991, Uconn has made it to the Final Four 21 times and 11 of those times the Huskies went on to win a National Championship. The main reason for the amazing run is head coach Luigi “Geno” Auriemma. While at Uconn Auriemma has the third most in wins in NCAA history with 1062.

Although Uconn holds a coaching advantage over Notre Dame, the Irish are poised for a title run of their own marching on to another National Championship.

The National Championship game will be 5 p.m. Sunday in the Amalie Arena in Tampa Bay, Florida.