‘Avengers: Endgame’ assembles into one of the greatest comic book films 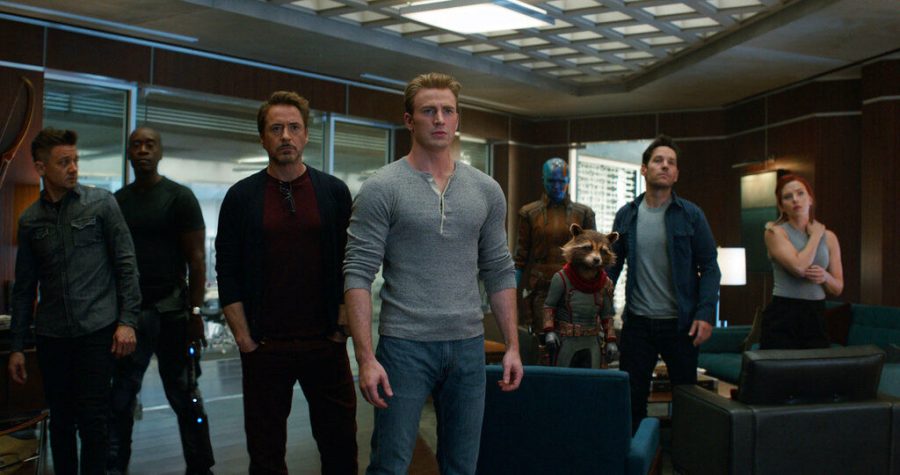 The Avengers assemble to take down Thanos in "Avengers: Endgame," the sequel to "Avengers: Infinity War."

If the afterlife exists, Marvel icon Stan Lee is probably pleased with the representation of Marvel’s finest. After 10 years, 11 months and 24 days, the chapter of the MCU which began in 2008 with “Iron Man” comes full circle with the release of “Avengers: Endgame;” the sequel to one of the biggest films of all time, “Avengers: Infinity War,” which set box office records and ended on a mesmerizing cliffhanger. The film sees The Avengers, played by a large ensemble cast including Robert Downey Jr., Chris Evans and Chris Hemsworth, muster a final plan to undo the damage committed by Thanos, played by Josh Brolin, in the previous film.

Without giving anything away, the cast of this film is amazing. Everyone is on screen for the exact time they need to be and no one feels tacked on. Everyone has purpose. Robert Downey Jr. brings a humanity to Tony Stark not seen before. Every action he takes is heroic, but he still retains his witty banter and charisma, which made him so likeable in the first place. Besides Downey Jr., the rest of the cast has also evolved since their first appearances.

The bow wielding Hawkeye, played by Jeremy Renner, stands out in particular. Before this film, Hawkeye appeared in “Thor,” “The Avengers,” “Avengers: Age of Ultron” and “Captain America: Civil War” but wasn’t given a lot of emotional depth with the exception of “Avengers: Age of Ultron,” which showed his family. In “Avengers: Endgame,” Hawkeye has changed from the guy with arrows to one of the biggest emotional centers of the film.

Other Avengers, including Captain America, played by Chris Evans, and Thor, played by Chris Hemsworth, show the vulnerable side of the heroes, making them more relatable and, in turn, more compelling.

There is never an insulting moment to any character and the creations of Stan Lee, Jack Kirby, Steve Ditko, Larry Lieber, Joe Simon and so many others are treated with great reverence. Speaking of which, Stan Lee’s final cameo is nothing short of magic. It’s not a straight up tribute like in “Captain Marvel,” but rather a testament to who Lee was.

Each act of the film feels like it’s moving forward and never tries to dumb the plot down. The first act moves rather slowly, which is expected given the events of the previous film, and that’s not an insult. These characters have been so flushed out over the course of 22 films that any scene with them is fantastic. That’s how compelling they are. The second act turns lighthearted like most Marvel films but isn’t afraid to tackle heavy subject matter.

The final act of the film contains one of the best climaxes in a film since, well, the previous “Avengers” film. It contains the might of films like “Lawrence of Arabia” and “Braveheart” while also putting a sense of fun into the mix. Marvel has a knack for action that always offers something new.

“Avengers: Endgame” contains moments where it would be easy to use tired cliches but writers instead put a twist on these moments, making them refreshing. It’s so refreshing when filmmakers treat the audience like thinking adults who deserve fine content.

With one chapter completed, a new one waits to be written. New films will feature heroes both old and new. “Spider-Man: Far From Home” is to be released in July and other films will follow. More shows will also join the MCU with “Agents of Shield’s” sixth and seventh seasons arriving soon and shows centered around Loki, Scarlet Witch, The Winter Soldier and more arriving after the launch of the streaming service Disney+ in November. The MCU is unlikely to end because, as Stan Lee would say, EXCELSIOR! which means “onward and upward to greater glory.”

“Avengers: Endgame” is one of the best films of the year and one of the most phenomenal superhero films ever made. It deserves it all: awards, money and so on. But what it truly deserves is the admiration for what it essentially is: an epic.