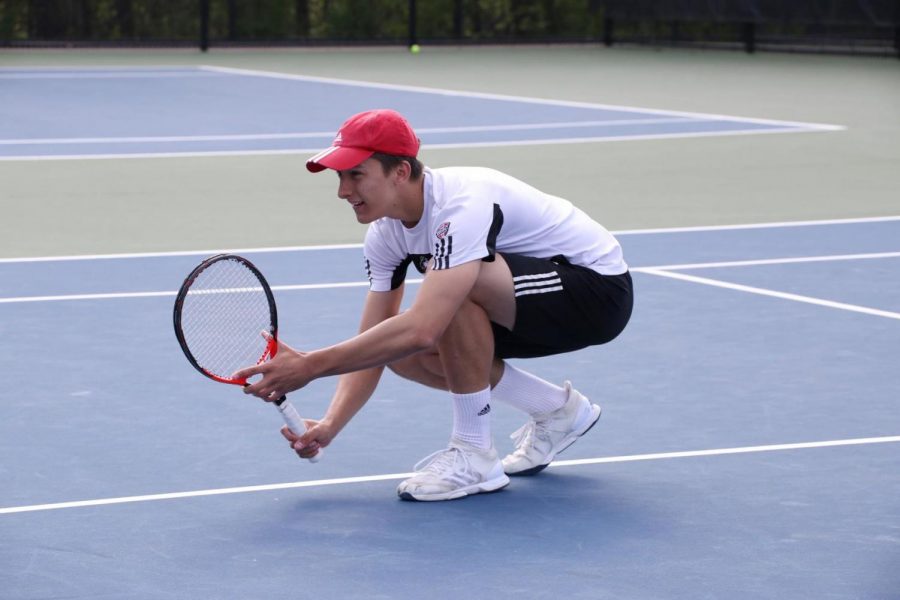 Men’s tennis won its Mid-American Conference Quarter-finals match Friday against Binghamton University with a 4-0 sweep, allowing the Huskies to move onto the semi-final round.

In to kick off the afternoon, the Huskies claimed the doubles point, winning two out of the three matches.

First-year David Pata and junior Bor Schweiger Muzar were down 4-5 in their match against sophomore Alejandro Pena and first-year Dylan Friedman, however the match was left unfinished.

Heading into singles play with a 1-0 lead, NIU swept Binghamton winning the first three solo matches. The other three matches were left unfinished.

Malinen defeated Saez in two sets. The first set was a close 7-6. In the second set Malinen was able to shutout Saez 6-0, putting the Huskies one point away from clinching the match win.

Muzar defeated Lourenco in two sets. The sets went 6-1 and 7-6, clinching the first-round victory for NIU.

With the win, the Huskies will move on to face the University of Buffalo in the semi-final round of the MAC Championship. The Huskies return to the court 1 p.m. Saturday in Kalamazoo, Michigan with a chance to secure their spot in the MAC Men’s Tennis Finals.

NIU dropped its only matchup against Buffalo this season April 7, losing 2-5.