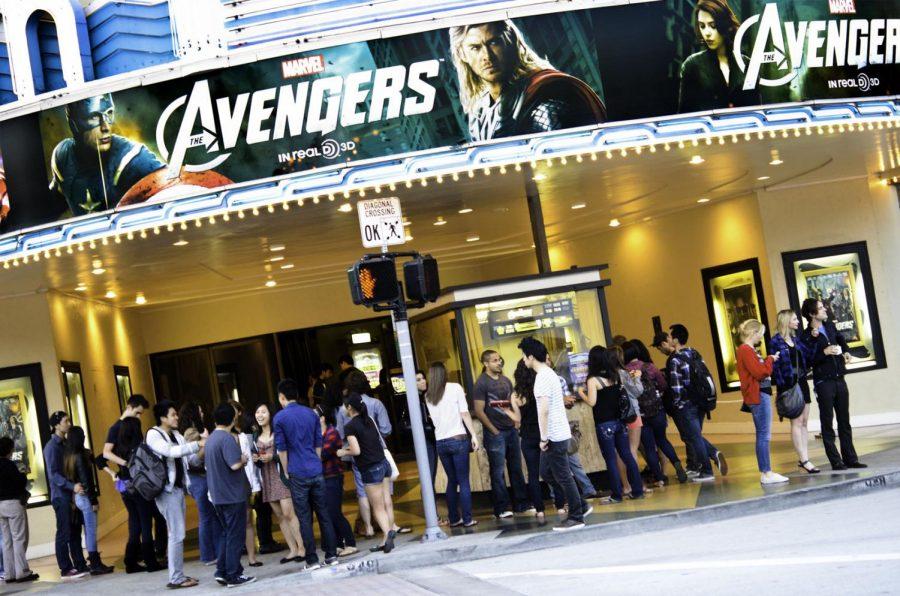 While not Marvel’s most dramatic film, “Captain Marvel” is one of their low-stakes films mixed with exciting action and great performances. Much like “Ant-Man” and “Spider-Man: Homecoming,” the film never feels the need to make an epic spectacle out of the plot which makes it an overall enjoyable film.

The plot follows human/Kree hybrid Vers, played by Brie Larson, a soldier who crashlands on Earth in 1995 following a mission gone wrong during a war with the shapeshifting Skrulls. While searching for a scientist of vast importance to the Kree empire, Vers discovers more and more about a life she might’ve had on Earth as Carol Danvers. The remainder of the film is Vers finding her identity, battling Skrulls and teaming up with Shield agent Nick Fury, played by Samuel L. Jackson.

Larson’s performance is well realized, especially when she cracks jokes and acts cocky, but struggles when she needs to act dramatic. Throughout the film, Larson gives off a feeling that she’s holding something back for later, but it’s never explained what it is. At the beginning of the film, Vers trains with her mentor Yon-Rogg, played by Jude Law, who instructs her to keep her emotions buried. This ultimately works against the film but when Larson needs to act lively, which is a great deal of the time, the film feels fresh.

Other standout performances include Maria Rambeau, played by Lashana Lynch, who was Vers’ best friend on Earth when she was Carol Danvers. Rambeau is the perfect balance of drama and fun who captures the joy of seeing her best friend back from the dead while also stepping up to battle enemies. Another newcomer is Goose the cat, played by cats Reggie, Archie, Rizzo and Gonzo, who is not only there to look cute but also has hidden abilities which leads to great comedy.

Samuel L. Jackson and Clark Gregg return as Shield Agents Nick Fury and Phil Coulson who assist Vers in her mission. While Fury has made several appearances throughout the Marvel Cinematic Universe, most followers of the films haven’t seen Coulson since “The Avengers” where he was killed by Loki. While he was resurrected and has been the lead of “Marvel’s Agents of Shield” since 2013, it was refreshing to see him again in a feature film.

The Skrulls also make their first appearance in the MCU and their power of transformation is used creatively in several action sequences. One of these involves Fury and Coulson in a car chasing down a train. The train is carrying Vers and multiple Skrulls and, at one point, sees Vers beating up a Skrull disguised as an old lady. Seeing a cat fight between an alien senior citizen and Brie Larson is both exciting and hilarious at the exact same time. The sequence also sees an incredibly meta Stan Lee cameo which sees the late comic creator rehearsing for one of his most famous cameos in Kevin Smith’s “Mallrats.”

The film also examines the war between the Kree and the Skrulls from both perspectives which is uncommon in superhero films but refreshing to see. The main villain is built up to be General Talos, played by Ben Mendelsohn, but when his motivations are discovered, the viewer gains an understanding of his character.

Being somewhat of a prequel to most of the MCU films, “Captain Marvel” inserts a few Easter Eggs including The Tesseract, how the Avengers got their name and what became of Fury’s eye. The latter is gruesomely funny. However, the film never feels the need to pander to the audience but treats them with respect.

The film obviously has a feminist agenda and its lead delivers a strong character that both boys and girls can look up to. When Vers embraces her identity as Carol Danvers, it’s a scene that displays what a hero has to overcome to be who they are. Much like “Wonder Woman,” “Captain Marvel’s” message of female empowerment hits home.

“Captain Marvel” is an action filled spectacle that balances humor with action. It’s not going to have as big of a cultural impact as films like “Avengers: Infinity War” but it’s not trying to do that. It’s trying to create a character who decides her own fate rather than letting others decide what she does and the film succeeds in doing so.