Chicago Bears dodged a bullet by not signing Hunt 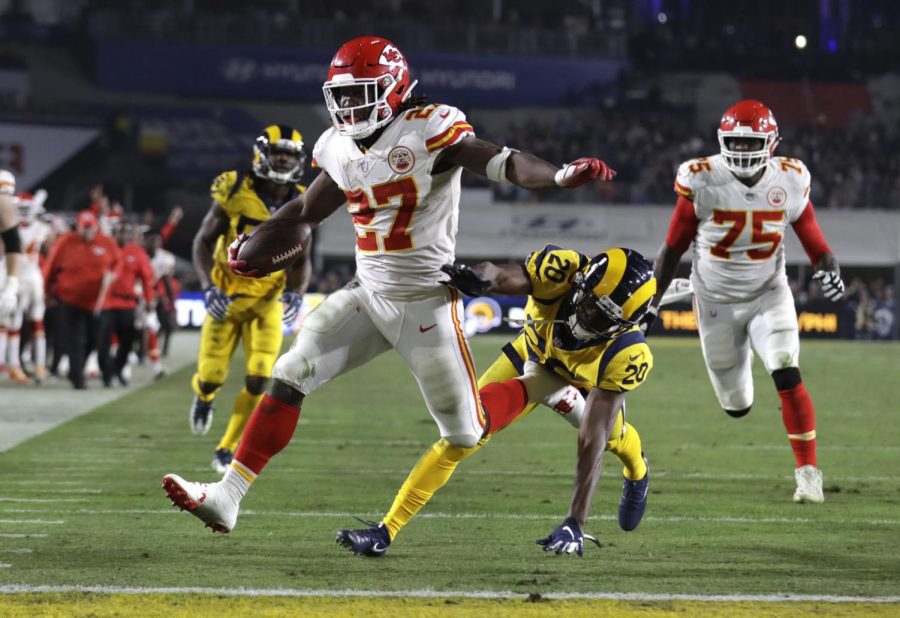 Kareem Hunt will have a new team in 2019, this time only a short way from his hometown, down I-90 W from Willoughby, OH to FirstEnergy Stadium in Cleveland.

The Cleveland Browns turned heads when they announced the signing of the running back to a one-year contract that can add up to more than $1 million on Feb. 12.

The former Kansas City Chiefs running back was cut on Nov. 30 after a video surfaced of him kicking and pushing a woman in a Cleveland hotel February 2018.

Hunt is currently on the Commissioner’s Exempt list as an investigation into alleged domestic violence by the NFL is pending.

Hunt arrives in Cleveland with two seasons behind him including a league leading 1,327 rushing yards in 2017. The running back appeared in 11 games in 2018 before being released by Kansas City.

Hunt’s cleats will stay clean as he will not see the field until the investigation ends and the possible suspension is announced. Many players have faced similar situations like former Baltimore Ravens’ running back Ray Rice and former New York Giants kicker Josh Brown. Both of whom did not find jobs after their controversies.

Rice was charged with aggravated assault, but the charges were dropped while Brown faced domestic violence charges which were also dropped.

It only made sense that Hunt landed in a team with a familiar face. Cleveland Browns general manager John Dorsey will reunite with Hunt after drafting him as the general manager of the Chiefs in 2017.

Dorsey is more than willing to help Hunt, and in a press conference held the day of the signing, he talked about Hunt needing a second chance, something Chicago Bears head coach Matt Nagy also said last month.

Nagy flirted with the idea of giving Hunt a second chance, and said he was open to bringing Hunt to Chicago, before general manager Ryan Pace pumped the brakes on those statements. Nagy and Hunt spent a year together in Kansas City when Nagy was the offensive coordinator under Reid.

Hunt and Bears quarterback Mitchell Trubisky could have shared the field again, but this time in the Blue and Orange. Hunt and Trubisky go back to youth and high school football. Trubisky then beat out Hunt for the 2012 Ohio’s Mr. Football award.

Yet it seems Chicago has dodged a bullet thanks to the Browns. Hunt is a very talented running back who is a top five player in his position when on the field. However, bringing in Hunt would have brought backlash and unwanted attention to a team that needs to focus on roster movements that benefit the team without drama.

Chicago’s backfield is made up of two-powlers in Jordan Howard who has proven himself as the thunder of the pair, and Tarik Cohen who is the lighting that strikes just as effective. Both are still under rookie contracts, but Howard is approaching what could be his last year in Chicago.

Signing Hunt could have been detrimental to the locker room chemistry. Last season ended in a devastating way, but Chicago fans are expecting great things in 2019. Signing the running back would mean the Bears would have to move pieces, including current running back Howard who has helped reinvent Chicago’s mouth-smashing ground game.

At this point the Bears need to use their energy, and low salary availability, to retain defensive players that fill roles in the Monsters of the Midway. Signing Hunt would simply put a blemish in salary space, however every penny counts with safety Adrian Amos and cornerback Bryce Callahan ready for their piece of the pie.

In a changing ethical sports atmosphere, the Bears are better of steering clear of players like Hunt. This is where the NFL comes into play. The NFL should be more invested in molding young players into better people while staying consistent in punishments in such situations as Hunts.

Although giving Hunt a second chance to prove his worth as a person is vital, he should keep doing so off the field before taking the next step towards an NFL redemption.

In any other circumstance, bringing a player with Kareem Hunt caliber to Chicago would lead to a serious, almost certain, super bowl title opportunity.

Nagy was not completely set on signing the new Browns running-back, but now the Bears can focus on scouting players in the draft that might be able to mimic Hunt’s play. A task that seems very possible with Pace’s eye in picking running back talents.