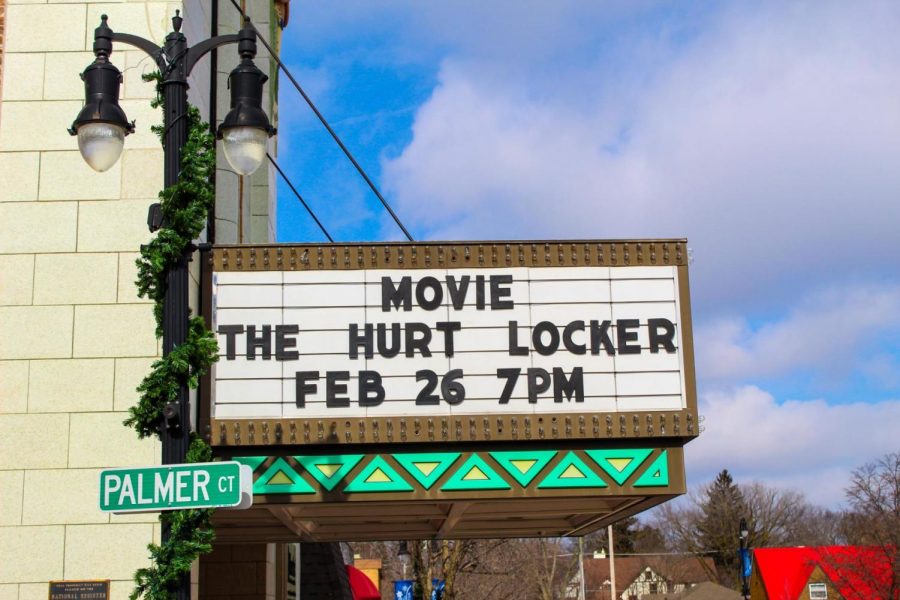 DeKALB — Following City Council’s vote to push back the renovations of the Egyptian Theatre an additional two weeks, Marketing Director Jeanine Holcomb said the theater is hopeful March 11 will result in approval.

The two week postponement was decided on at Monday’s City Council meeting in an effort to accommodate the concerns of nearby residents who voiced their issues at the meeting.

Mary Wilson, owner of Hillside Restaurant, 121 N. Second St., which is across from the theater, said the Egyptian’s Board of Directors did an excellent job of making her and other residents feel valued when voicing concerns. She said the plan to renovate will enhance the DeKalb area, bringing new life to old buildings.

“We’re all such small fish, but [The Egyptian Theatre’s Board of Directors] did a great job making me feel like I mattered,” Wilson said. “They really made me feel valued and like a real neighbor.”

The Egyptian Theater, 135 N. Second St., is planning to upgrade its facilities with a $4.5 million project to install heating ventilation and an air conditioning system, as well as expanding the bathroom facilities and concessions. Holcomb said the plan calls for ornamental changes as well, including new carpeting and light fixtures. She said if all goes according to plan, the project will begin in May or June.

The Council has already approved a $2.5 million grant from TIF 2, which provides a way for the city to come up with money to sponsor or promote redevelopment and will help the Egyptian Theatre install air conditioning among other things, according to the Feb. 25 City Council meeting agenda.

Citizens expressed concern about the impacts they will face through the renovation plans for the south wall of the theater. The wall extends into public property known as the Palmer Court, an alleyway of less than half an acre of land owned by the city.

Residents’ concerns included the possible reduction of light and a disrupted view from nearby windows, the reduction of traveling space for deliveries, the uncertain final disposition of the waste receptacles and possible noise from rooftop units.

Wilson, who addressed concerns at a previous meeting, said she wants to be a partner to the renovation process instead of being dwarfed by it. She said the issues she spoke to the Council about have since been addressed, and she is happy to support the project.

“I’ve learned that the sewer system will need to be redone around my property,” Wilson said. “In the interest of allowing progress, I would like to ask [for] help to update specific facilities at the Hillside Restaurant during the renovations of the Egyptian Theatre.”

Resident Larry Berke, who lives next to the theater, said his window looks out to Palmer Court where he will see air conditioning units if renovations go as planned. Berke said he is upset no one told him about the plans.

“[The Egyptian Theatre] didn’t find the time to come over to tell us or the other neighbor people; shame on them,” Berke said. “There’s no excuse. We live 15 feet from them.”

Alex Nerad, executive director of the Egyptian Theatre, thanked the Council for its ongoing TIF support and said the theatre has made accommodations for concerned neighbors.

“The current concept, even through our attempts to find a compromise with one of our neighbors with concerns, includes four less women’s toilets, two hundred square feet less storage and the loss of an additional public entrance,” Nerad said. “We feel strongly that this project will have a significant positive, cultural and economic impact on the community.”

City Manager Bill Nicklas said the renovations will add up to a moment of celebration, but that the meeting did not reflect this feeling.

Nicklas said the approval of the plan isn’t the issue; it’s the impact it has on residents.

“What’s the win-win that all these extraordinary people deserve,” Nicklas said. “What I’m recommending tonight is that the Council defer action to this item.”

Nicklas recommended to Egyptian Theatre leaders, Council members and residents with concerns a two-week postponement to see if there is any additional room for compromise.

“There have been three redesigns already, and none of them have been satisfactory,” Faivre said. “I believe, for the community, this current project to be the best option.”

Nerad said he hopes to work with staff over the next two weeks to work out a plan.

Nerad also said there has been a lot of effort put into the project within the six-week delay the project has already faced.

“It’s not just another two-week delay,” Nerad said. “It’s already been a six-week delay with a significant compromise already, and every single time we have tried to find a win-win for everybody.”

Mayor Jerry Smith said the 7-0 decision to compromise with residents wasn’t an easy one for Council members to make.

“We compromised because we felt the recommendation of our city manager made some sense,” Smith said. “Even though it flew in the face of some of the folks we have been working with for months and even years to get to this point, we’ve got some major compromise to accomplish within the next few weeks.”