Comic Book Series of the Week: The Amazing Spider-Man 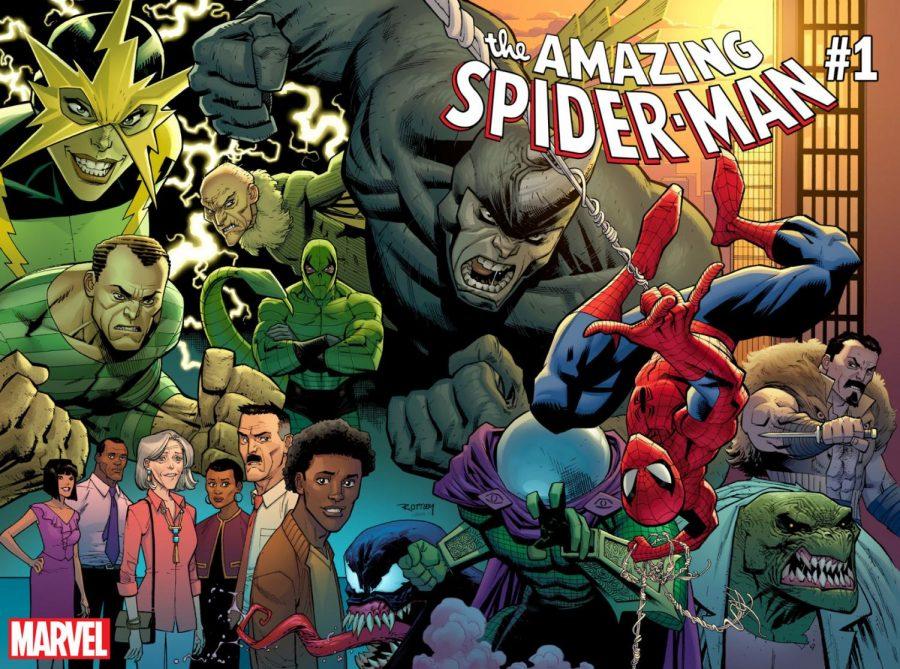 Relaunched in July 2018, "The Amazing Spider-Man" creates a grounded Spider-Man with real world issues much like the Spider-Man of the 1960s.

In the past year, Marvel Comics has relaunched several classic series of comic books as part of its “Fresh Start” initiative. One of the first series to receive this treatment July 11, 2018, was “The Amazing Spider-Man,” which is now a bi-monthly publication.

Currently written by Nick Spencer, who’s had previous experience with “Iron Man” and “Ant-Man,” the series has taken Peter Parker’s superhero identity of Spider-Man back to his roots as the average man who balances his power and the responsibility that comes with it. Most story arcs of the series last three issues but are filled with heart-pounding action, strong character development and relative morals.

Spider-Man is also equipped with his funny remarks at the supervillains cementing his status as a more lighthearted hero of the Multiverse. In “Amazing Spider-Man issue 3,” released Aug. 8, when Spider-Man fights the Tri-Sentinel, a gigantic robot, he says, “Who even asked for this thing to come back? It’s like the ‘Arrested Development’ comeback, how do you even hope to recreate that magic, right? You can’t! Still some funny parts though.” This kind of meta humor gives the audience a different kind of superhero because of how much fun Peter Parker has in his role as New York City’s hero.

In one of the most recent issues, “The Amazing Spider-Man issue 14,” published  Jan. 30, Peter Parker’s Aunt May is depicted helping the homeless when the supervillain The Rhino comes looking for trouble. Spider-Man then swoops in to help, and a fight ensues. While the action grabs the reader’s attention, seeing May help a man with nowhere to go is a heartwarming message to push on the viewers.

The artwork of the series has varied, as multiple pencilers and colorists have worked on the project. The most recent team has been Chris Bachalo serving in both roles. His art is crisp and grungy like the streets of New York with a more subdued color aesthetic. It’s eye catching and simple, so the art can convey what is occuring in the story without being distracting. Previous artists’ work on the series has had more smooth penciling and a bright tone. This current artwork is a nice change of style.

The character of Spider-Man is undoubtedly one of the best superheroes ever created. His relatability and lust to do the right thing has made fans buy the comics he’s in and see his movies on the big screen. This latest series of the web-slinger has carried on what makes people love Spider-Man by combining moral truths with fast-paced action. The relaunch has been successful at bringing newcomers into the long-running Marvel canon without being bombarded with lots of backstory.