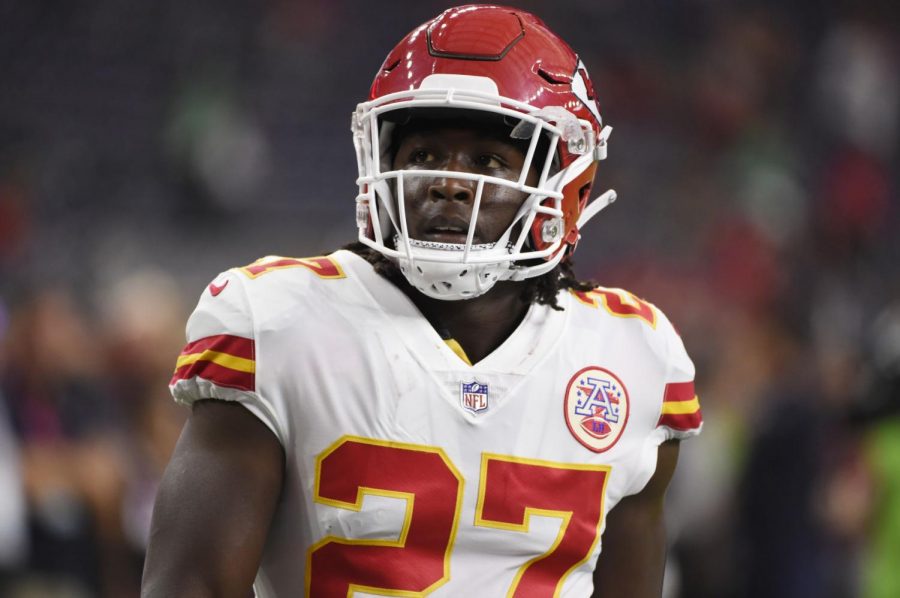 Prior to Friday most fans, and those inside the NFL, probably didn’t know or had forgotten about an incident involving Pro Bowler Kareem Hunt.

The incident in question resulted when surveillance footage released by TMZ Sports Friday, showed Hunt pushing and kicking a woman during an argument Feb. 10 at a hotel in Cleveland.

The Chiefs, based on Hunt’s accounts, knew about the incident long before last week. Following the organization’s release of Hunt, they cited a lack of truth on the part of Hunt.

Nobody saw the video coming: not Hunt, his team, the National Football League and, according to a Dec. 1 article by USA Today, not even the Cleveland Police Department who hadn’t seen the video despite the victim asking officers to check surveillance months prior.

ESPN Reporter Lisa Salters started her Sunday interview with Kareem Hunt by asking why the former Kansas City Chiefs’ running back wanted to talk about his release less than 48 hours after the fact.

“Honestly, I just want to let the world know how sorry I am for my actions,” Hunt said. “It’s been a tough time for me, and I’m extremely embarrassed because of that video.”

When the video surfaced, everyone panicked, as to be expected when they watch the public relations equivalent of a train wreck.

Shortly after the release of the video, Hunt was sent home from practice by the Chiefs, put on the NFL’s Commissioner Exempt list and released by the Chiefs all in one afternoon.

The fact that Hunt put his hands on a woman should have in February, in theory, been enough to horrify team and league executives into some sort of action.

The league investigated without the video and were dead silent on the case until TMZ played the footage. Hunt got into a shoving match with a woman and used her body to practice his kicking skills.

When the surveillance footage of the incident was published, the NFL finally pulled the plug on Hunt.

Hunt didn’t lie about the incident in question but about there being a video of the incident, according to Hunt’s interview with ESPN.

“I just didn’t tell them [about] the video, the video part that came out,” Hunt said. “[I] didn’t say anything much about too much of that.”

Assuming Hunt is telling the truth now in an attempt to clean up his image, The Chiefs showed in their release of Hunt they prioritized there being a video of the incident over the incident happening in the first place.

If there is any doubt about the Chiefs’ priorities, one could turn to Chiefs wide receiver Tyreek Hill,drafted in the fifth round of the 2015 NFL draft.

Hill was kicked off the Oklahoma State University football team in 2014 after pleading guilty to a domestic assault and battery charge, having thrown his pregnant girlfriend down and punching her in the stomach, according to a 2014 ESPN article.

The image alone of an assault on a pregnant woman and her unborn child can make even the strong willed break down.

Images and clips of Hill’s assault were not aired on every major sports network or forwarded around NFL or NCAA offices quickly. Teams made it a footnote, admitting their ability to plug their ears is stronger than their ability to cover their eyes..

Meanwhile, few will ever look at former 2013 Baltimore Ravens running back Ray Rice without the mental snapshots of him dragging his then-fiancé out of an elevator after knocking her unconscious. Now that same fate is set for Hunt.

The NFL’s track record of tone deafness on the issue of domestic violence in an abomination, but it’s simply a product of a larger issue in society: the attitude of needing eyes and ears on every situation.

With billions upon billions of people on social media platforms, everything in everyone’s lives seems to be documented through grainy video or blurry photos.

The most private parts of life are now on display for the world to see, and unfortunately that includes subjecting the world to front row seats to instances of horrific violence and crime that the NFL tries to pretend doesn’t happen.

For the people that clammer for real-life drama they can sink their teeth into, it’s a perfect world setting. For those like the NFL and large organizations like the Chiefs, it’s a paranoia they can’t shake.

Someone can be a major athlete and commit a heinous act and that’s okay, but the minute there is video, people are demonized.

Video evidence can be used for good by professionals whose job it is to investigate and prosecute crime. The rest of the world, however, clammers simply to be awestruck. Just ask TMZ, whose video of the assault already has well over five million views on YouTube.

The Cleveland Police Department, the NFL and the Chiefs all had a responsibility to hold Hunt accountable, and months after the fact, the league and team finally have.

Despite the consequence now handed out by both, don’t mistake their punishment as standing up for the victim or taking a stand against domestic violence.