Beth Fowler School of Dance brings “The Nutcracker” to life. 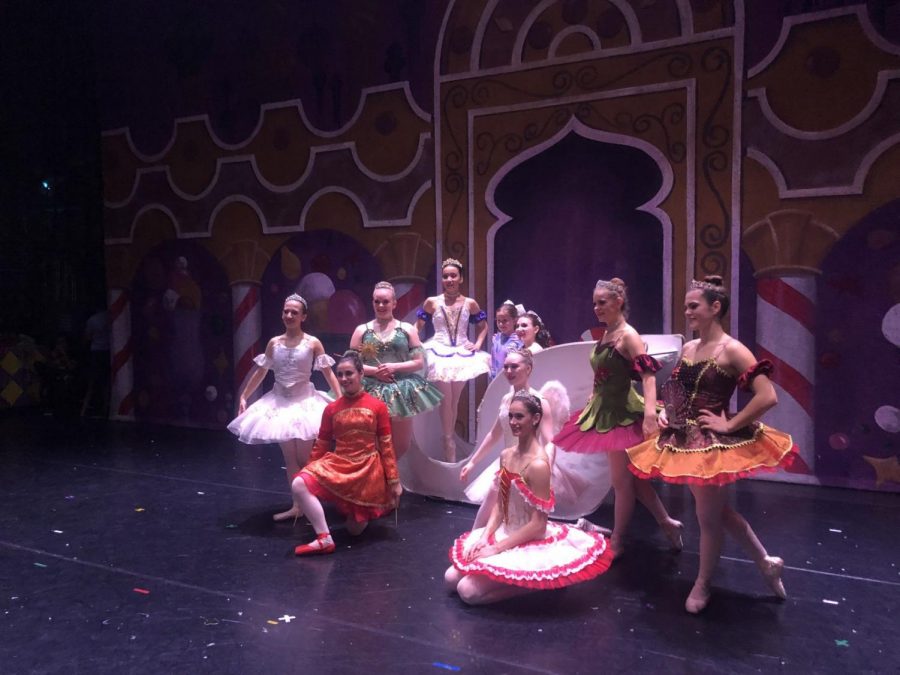 Beth Fowler School of Dance brings "The Nutcracker" to life.

The Beth Fowler Dance Company brought “The Nutcracker” ballet to life Nov. 30 through Dec. 2 at the Egyptian Theatre, 135 N. Second St., with exceptional dancing and a brilliant production to make a delightful night at the theater.

The ballet tells the story of Clara, played by Emily Fox, who is given a nutcracker on Christmas Eve by her godfather Herr Drosselmeyer, played by Philip Masterton. In the evening, the Nutcracker, played by Taylor Maurchie-Banks, comes to life to defend Clara from evil rats and takes her to a magical realm with exotic performers, living flowers and sugar plum fairies who dance to the music of legendary composer Pyotr Tchaikovsky.

What was impressive about the show was the dancer’s ability to tell a story strictly though mime and intricate choreography. Silent storytelling is an art that was once common thanks to silent films and vaudeville sketches, but has dwindled in popularity.

The dancing was large in scale but delicate in movement with people of all ages participating. From six-year-olds dancing for their first performance to teenagers and adults with much experience, every cast member put their energy into the craft.

The production was a thing of beauty. All of the backdrops were hand-painted with a vibrant pallet, making the whole ballet feel like a children’s book come to life. The costuming was exceptional, by capturing bright colors and eye-catching designs, with the Nutcracker’s uniform and the rat masks being standouts. Together, the clothing and the set design created a visually stunning experience that kept the audience’s eyes glued to the stage.

Besides the stage show, there was much entertainment to be found in the troop of carolers performing before the start of the show and during intermission. Songs on the set list included James Chadwick’s “Angels We Have Heard on High,” John Work Jr.’s “Go Tell It on the Mountain” and Charles Wesley’s “Hark! The Herald Angels Sing.” Not only was the caroling pleasant to watch and listen to, but it also gave the audience a smooth transition into the ballet by establishing a holiday atmosphere.

The Beth Fowler Dance Company delivered a wonderful performance sure to be a lovely start to this holiday season. “The Nutcracker” brought out the spirit in everyone at the theatre, whether they were lifelong ballet fans or newcomers to a beloved genre.