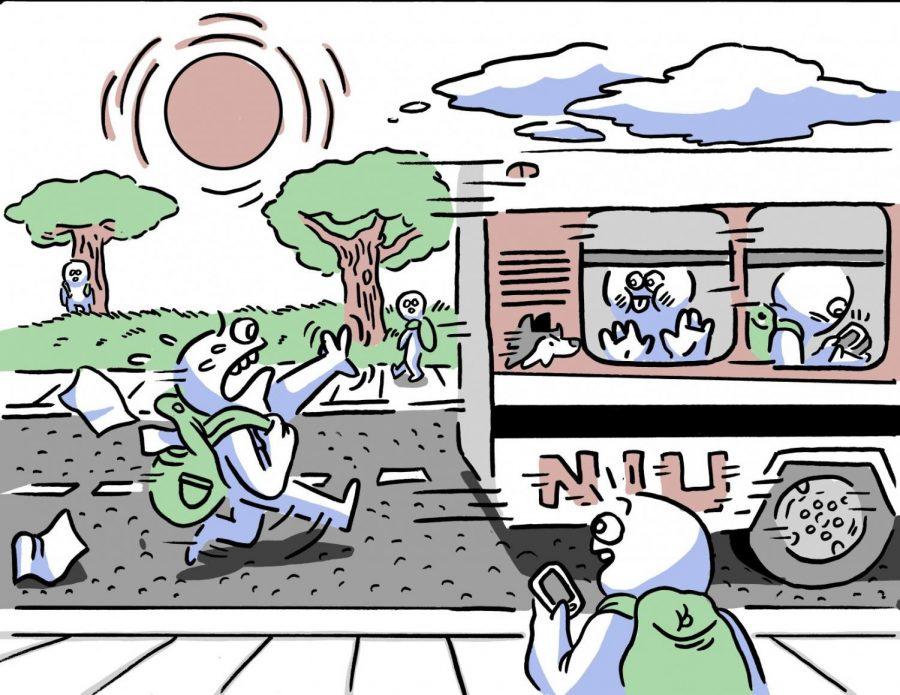 The Huskie Bus Line has joined together with TransVAC, making student life easier by providing a more user friendly experience, especially for students who don’t have a car and rely on the Huskie Bus Line to get around campus.

NIU’s previous bus system has worked in the past but not always in students’ favor. Students often had to wait half an hour for a bus that would still make them late for class, and the weekends were an even worse hassle.

The weekend bus options offered route 11 as virtually the only running route Friday night into Sunday. This posed many problems for students who relied on the buses to get around.

“I always had to rush to get everything done to get to this bus to make sure I didn’t miss it,” Allyson Bowgren, sophomore mechanical engineering major, said.

The combining of the Huskie Bus Line and TransVAC city bus system seems like the best solution to this problem since the new combined system offers more weekend opportunities.

Now, routes 18 and 21 will be offered on weekends as well as route 21, according to a Northern Star article released on Monday, Aug. 27.

In addition, students won’t have to wait unreasonable hours for buses and will have access to more frequent stops by a few different routes. Rather than just one bus going to Walmart, two buses will be making that stop in order to solve previous issues.

Despite combining efforts, fares will remain free to all students with a OneCard, which is another commendable feature to the new system. College students have enough expenses to worry about, so free bus rides tend to help more than some people even realize.

Furthermore, Huskie Bus routes six and seven have been changed to 16 and 17. Although this change is subtle, students who have previously used these lines should be aware of the adjustment..

The only downfall, however, lies in the technology, which is not fully caught up to the system. For example, route 21 is not listed on the Huskie Bus Line website. Additionally, route 18 doesn’t have a separate place to click on in the website, but stops can be viewed on the map for routes 16 and 17.

In the grand scheme of the bus system, the Huskie Bus Line will hopefully work out to make transportation more manageable for students, despite these small hiccups.

It seems the university has finally heard the frustration of students missing buses and waiting an hour for them to arrive; once all the minor issues are sorted out, transportation around the DeKalb and Sycamore area will be much less stressful.