So… Now What?: Thoughts on Recent Sexual Assault Allegations 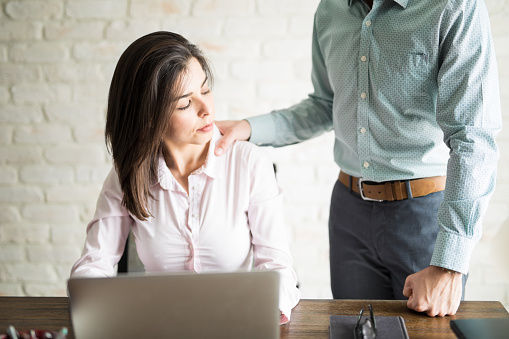 So... Now What?: Thoughts on Recent Sexual Assault Allegations

Unless you’ve been living under a rock, you’re likely aware of the massive influx of sexual assault allegations that have been hitting news outlets over the course of the past month or so. As of Nov. 29, the latest big story was at the expense of Matt Lauer, who was fired from the Today Show as a result of sexual misconduct.

As a young female with hopefully many years of a “career” in front of me, I’m left wondering what I’m supposed to do with all of this information. It’s promising these charges are finally coming to light and this issue is getting the attention it deserves. Many of the accused have faced consequences for their actions, and it seems as though we are moving forward in our standards of conduct in professional workplaces.

But… are we really?

If you were to ask any woman if they have ever experienced sexual harassment of any degree, she would likely give you multiple instances when male behavior has made her feel uncomfortable, unsafe or in danger.

It happens to a majority of women over the course of their lifetimes. These sexual harassment claims are not becoming more common; they’re just getting more attention. When one woman tells her story, others feel liberated to come forward as well.

At the very least, these events have created a safe space where women can talk about hardships they’ve faced trying to succeed in male dominated work environments such as offices, newsrooms and the entertainment industry as a whole.

However, the pessimistic side of me wonders if these recent revelations are really going to change anything. Along with resounding support from a sizeable chunk of the internet, the women speaking out against their abusers have received ample doubt and shaming to make one wonder how much society is really on their side.

These situations usually arise when men are alone with women. If this is the case, who’s stopping these things from happening? We can take as many self-defense classes as we want, but that’s not going to change the attitudes of the masculinely-oriented society we do operate within.

We cannot force change in the world, at least not over the course of a couple hectic months. Women in particular should take away from this is to never be intimidated into silence. None one should have to put up with behavior that makes them uncomfortable; it’s not “part of the job” or “part of being a woman.” We are not in the wrong by talking about harassment, even if it makes some people uncomfortable.

What men can take away from this is the following: listen to women. Understand how common sexual harassment is. Do not let doubt be your instinctual response to a woman speaking out against sexual crimes committed against her.

Compliance does not change the status quo. Both male and female voices can combat the toxic environments so many endure throughout the course of their days. For many years, we have complied to “the norm.” But as recent events have indicated, as soon as we stop complying, it will stop being the norm.

Speak out, and support others in doing the same.