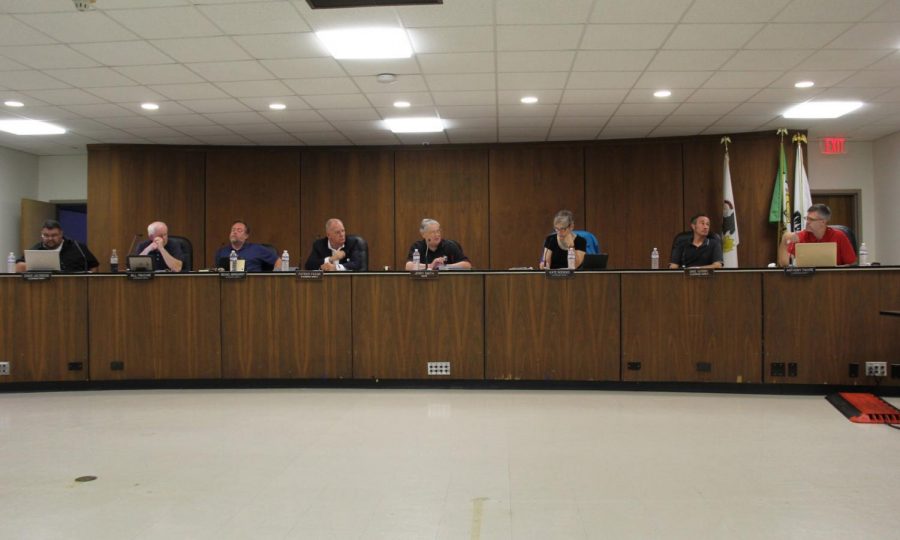 The STEAM Learning Center project was met with trepidation by some city officials during Monday’s meeting for the Committee of the Whole.

The center would be a resource to the city and NIU that would offer families and students hands-on activities that focus on science, technology, engineering and math.

The council has been debating the project for more than a year, during which no donors have come forward to absorb some of the expenses. The center would double as a firefighter artifact museum.

Comments, including those sent in through email and read by Mayor Jerry Smith, made during the public comment period leaned more toward support of the project, though a minority of the speakers opposed to the project.

“I really feel that having something like this in DeKalb will put us on the map,” said Federico Sciammarella, mechanical engineering associate professor.

A philanthropic market feasibility assessment to determine how much money could be raised by donors would cost no more than $114,000.

“I don’t think we’re ready to vote on the study or [move] forward with the plan to see what the long term-feasibility of this project is,” Smith said.

RATIO Architects, an architect and development firm, was hired in June of 2016 to conduct a feasibility study to determine if there is a business market presence to support the learning center. In February, the consultant recommended the city go forward with the project.

RATIO representative Craig Smith said the project would not be a project for DeKalb officials but would instead also include representatives from the community, as well as NIU.

Third Ward alderman Michael Marquardt said he would support such a project because he believes the extra foot traffic in the city would increase sales and entice people to stay in the community.

“So I don’t want to short change ourselves by not actually looking at this opportunity,” Marquardt said.

The first community meeting for the Annie Glidden North Revitalization was held Sept. 27. Those who attended held a discussion about problems they see in the neighborhood, but also some of the opportunities. The discussion was directed by Adam Rosa, a representative for Camiros, a firm hired by the city. The $83,550 redevelopment plan seeks to improve the neighborhoods for those living in the northwest corner of the city.

Second Ward alderman Bill Finucane said individuals who attended the first community meeting voiced some of the concerns they see in their community including Suburban Estates in the project, safer crosswalks, better lighting and section eight housing in the community.

The meeting’s turnout was larger than expected, with more than 200 people in attendance, 50 of which were members of a fraternity, Jacobsen said.

Questions regarding the possibility of televising the community meetings were raised.

City Manager Anne Marie Gaura said the city is not equipped to stream the meetings with anything other than a cellphone but also raised concern about some members of the community’s reluctance to participate in some of the “sensitive” discussions.

“I think the other thing that I have raised with others when they’ve asked me this question is the sensitivity of some of the items that are going to be discussed there, and the members that are serving on the task force and whether they’re going to feel comfortable sharing some of the challenges they see in that neighborhood if they know they’re being [recorded],” Gaura said.

The next community meeting has yet to be determined.