‘Girl on The Train’ has scattered storyline 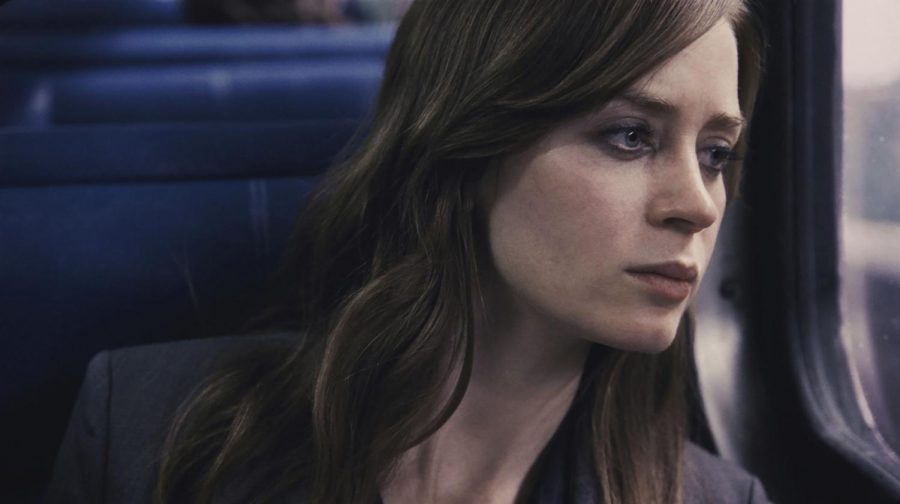 Emily Blunt appears in a scene from film "The Girl on the Train," released in theaters Oct. 14.

Actress Emily Blunt can’t make “The Girl on the Train” worth the price of admission because the thriller’s confusing direction loses sight of its best themes and ideas by telling the story inconsistently.

There was a great movie to be made based on Paula Hawkins’ best-selling book; director Tate Taylor of the movies “The Help” and “Get On Up,” did not create that version.

The story focuses on three women, Rachel, played by Emily Blunt, Megan, played by Haley Bennett and Anna, played by Rebecca Ferguson, who are supposed to form their identities by fighting back against the men in their lives during a murder mystery. The murder takes place under the most recurring visual in the film: the bridge near the house Rachel watchfully passes every day. Rachel, always wishing she were intertwined with the people that occupy these houses, is now directly connected to them in ways that horrify her.

The story first follows Rachel, a self-destructive alcoholic who binges and blacks out on her daily train ride into and out of New York City. The suburban life she stares at through the window is alluring and makes her long for a life she dreams of. What she learns of the people she watches has a sobering effect on Rachel. The couple she passes on the train each day, Megan and Scott, played by Luke Evans, is a part of what makes her come to terms with her alcoholism and her disorientation in a shocking way.

Blunt does a good job of displaying how addiction blurs the lines of when enough is enough. Her delivery through watery eyes and rosy cheeks is enough to make anyone follow her path and care about the decisions she makes. Anna and Tom, Rachel’s ex-husband, played by Justin Theroux, also add to the key elements in Rachel’s progression through the movie.

The narrative is told from the women’s perspectives but also in flashback. The execution of the time jumps and shifts from their perspectives could be unsatisfying for the audience. When all three perspectives align at the right time, and they do occasionally, the movie exemplifies the story’s potential.

This movie could have done without the less-than-stellar thrilling effects, scenes where Rachel is stumbling through the woods frantically — they do not create the impact that is intended. “Girl on the Train” is so much better as a drama than it is a thriller. The men, especially, were not constructed as carefully as they should be. It is a shame because they are the ones who are supposed to drive the women into making the choices they do. The trio of female characters, Rachel, Anna and Megan, are just enough to make one feel as though a better story is underneath this scattershot of ideas.