Costumes could be offensive 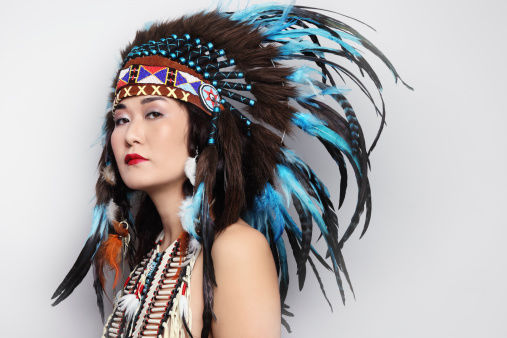 Costumes could be offensive

Students should understand their costume choices for Halloween could have an impact on a diverse community and culture. Certain costumes could potentially offend people of a specific culture if that outfit perpetuates a negative stereotype.

“Halloween is a time where you dress as something you’re not and people start to dress up as certain ethnicities,” said Carlo Aseron, graduate assistant at the Asian American Center. “It’s like they’re pointing out the fact that you are not like them.”

Chief Diversity Officer Vernese Edghill-Walden built the “Contentious Costume” campaign last year with the focus of helping students understand Halloween is a fun-filled time, and students should not lose sight that their costumes could be stereotypical or demeaning.

Students should think through their costume choice before they pick something which may be culturally insensitive and mock someone’s identity.

Edghill-Walden said the continuous issue of having a stereotypical costume occurs because of a lack of understanding for someone’s culture. She said it’s important that students think about the implications of using a costume that negatively portrays a group other than their own.

“I think once you learn about someone else’s culture or someone else’s identity, then you’re less likely to then think that other person’s identity and culture is funny,” Edghill-Walden said.

Culturally sensitive and competent dialogue should be practiced with each other to better understand culture and what will work for a Halloween costume. There are resources on campus that guide and educate students to improve sensitive dialogue through the Office of Academic Diversity, Equity and Inclusion.

Aseron said one of the only ways, other than protesting, is to have conversation explaining viewpoints helping those that don’t understand why they shouldn’t wear a costume

Luis Santos-Rivas, director of Latino Resource Center, said costumes shouldn’t be offensive, but as long as people don’t make fun of a culture, everything is fine.

Santos-Rivas said he doesn’t see it as an offense to dress like Mexican painter Frida Kahlo. Everyone should extend their options this Halloween to costumes that don’t appropriate or offend someone’s culture. Many costume options aren’t offensive.

“It’s lack of knowledge and lack of the understanding and how they may impact someone else or the significant historical ramifications of what that costume meant to a particular community,” Edghill-Walden said.