3 charged in connection with LSD delivery 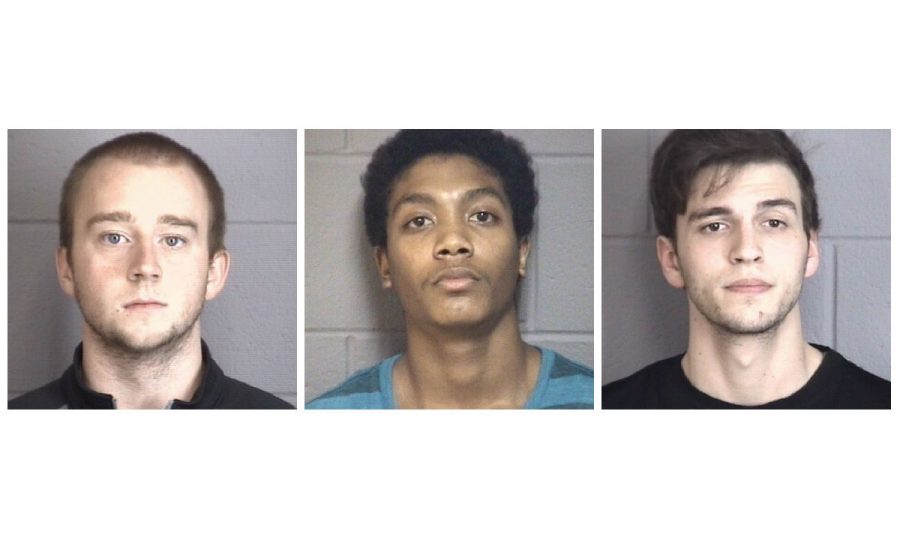 Two students and an Aurora resident were arrested last week for their alleged roles in obtaining the LSD that was found in Oluwarotimi “Timi” Okedina’s system at the time of his death.

Okedina was under the influence of acid when he fell from the 11th floor of a Stevenson tower, according to the DeKalb County Coroner’s office. His death was ruled an accident, according to NIU police.

“We believe that the presence of LSD and cannabis in his system impaired his judgement and caused him to ignore the risk of exiting the room through the window, which resulted in the fall,” said NIU Police Chief Tom Phillips in an earlier NIU Police Department news release.

Michael Kielhack, 20, of Elgin; Michael Montgomery, 19, of Naperville; and Thomas Quirke, 19, of Aurora, face felony charges of unlawful delivery of a controlled substance, according to NIU police. Montgomery was arrested at his Naperville home Thursday, Kielhack was arrested at an NIU residence hall Friday and Quirke turned himself into the DeKalb County jail Friday.

Kielhack and Montgomery were students at the time of the incident, police say.

Bond was set at $50,000 for all three individuals, according to a DeKalb County Sheriff’s deputy. All of them posted the required 10 percent of their bond and were released.

Montgomery will appear in court Dec. 10. The court dates for the other two individuals were not immediately available.

“We wanted to create a way to remember Timi in a way that would celebrate him and provide happy memories,” said close friend Jessica McKay, according to a Thursday Northern Star article.

An attempt is being made to move the collection of Okedina’s works to a case in the Holmes Student Center, said Max Ehret, Okedina’s former community advisor.