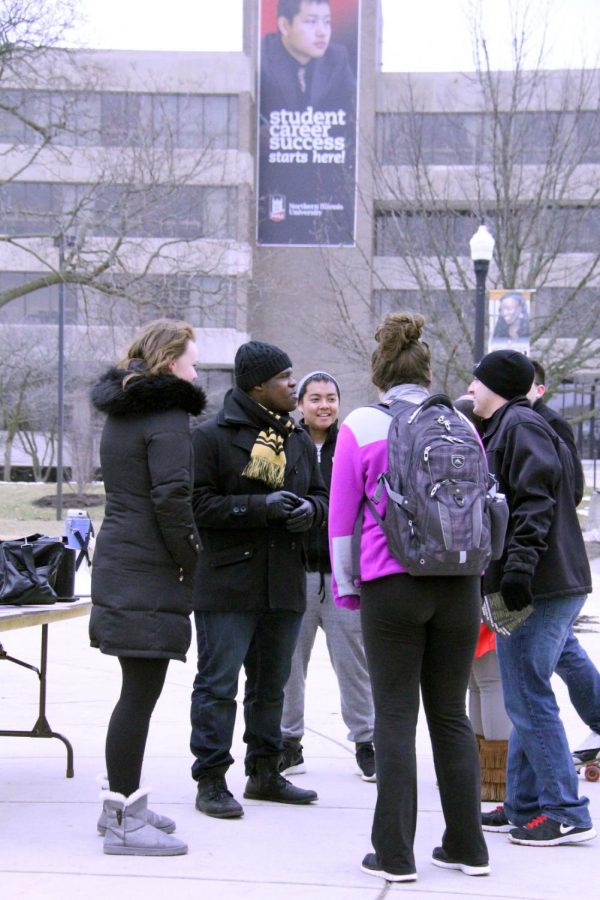 Nathan Lupstein and the members of his Voice of Change ticket need to apologize for their role in collaborating unethically with a Board of Elections member during the controversial Student Association executive election.

SA Senator Jake Swick, who served on the Board of Elections, resigned from the Senate on Wednesday night and in doing so avoided a hearing where he was being charged with leaking election information to the Voice of Change ticket. The ticket was disqualified by the Board of Elections in late March. Swick, who was supposed to remain neutral as a member of the board governing elections, encouraged the Voice of Change to appeal its disqualification.

A screenshot provided to the Northern Star by the Senate shows Swick, who is a fraternity brother to Lupstein, encouraging the Voice of Change to appeal their disqualification via text: “3 sanctions=automatic disqualification, we need to appeal, its not over, its far from over.”

Raquel Chavez, SA vice president and the student trustee-elect, and Scott Friedman, who headed campaigning for the Voice of Change, responded to Swick and asked him questions about appealing the ticket’s disqualification.

Swick crossed serious ethical lines and should have been tossed from the Senate had he not resigned. At the same time, he is not the only one at fault: Lupstein’s ticket members and his campaigners should have refused to accept any information leaked to them. Instead, they took Swick’s information, appealed their disqualification and won the election on April 1.

The Editorial Board doesn’t doubt Swick collaborated with Voice of Change, and it’s embarrassing that Lupstein’s ticket hasn’t already apologized for its role in the matter. Students deserve better than that from their leaders.

Lupstein and his ticket members must apologize to students and the Senate and look for ways to rebuild the community’s trust with the SA. They should use this an example to learn about conflicts of interest, which were rife in this election: Swick was only in the Senate for a week before a fraternity brother, Senator Adolfo Sto. Domingo, nominated him to the Board of Elections; Swick collaborated with Lupstein, his fraternity brother, to help Voice of Change get elected; and other conflicts of interest — like the fact three of five Board of Elections members were fraternity brothers to Voice of Change candidates — were not disclosed to the public.

Lupstein should also consider carefully who he appoints directors since making wise, ethical decisions in that area can help him show students he’s more interested in caring for and leading them than in working for his own advancement.

The Voice of Change does not deserve students’ respect or support. Lupstein and his executive must act to re-earn it.