We will not be silenced: Lupstein accusations amount to attempt to intimidate Star 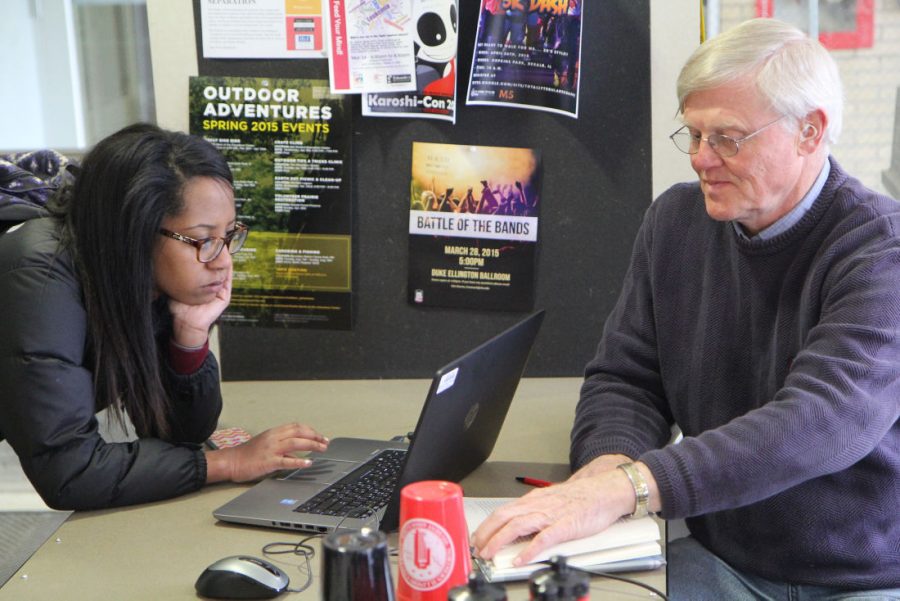 The Northern Star found its First Amendment rights under attack by Student Association executive candidates Wednesday. The Editorial Board will not stand for this.

A Wednesday petition from the Nathan Lupstein ticket to the SA Supreme Court alleged the Star and its staff members had collaborated with the Ben Donovan ticket to provide coverage of the SA executive elections in favor of Donovan. The Lupstein petition came hours after the Star published an article from Editor in Chief Kelly Bauer about Donovan’s ticket filing a petition with the SA Supreme Court alleging Lupstein campaigners had intimidated voters, among other things.

The accusations against the Star are, at best, laughably false; at worst, they are irresponsible on the part of Lupstein and amount to an attack on the Star’s integrity.

This rather transparent attempt to intimidate the Star into retracting its article or ceasing election coverage constitutes an attack on journalism and the Star’s First Amendment rights. We will not give in.

The Star will continue to publish fair, unbiased news about the elections, the Lupstein and Donovan tickets and the tickets’ attempts to have the other disqualified.

The Lupstein ticket’s sad attempt at quashing the First Amendment — a key part of any democracy — and silencing the Star has failed.

We will always provide fair coverage

Lupstein contends Donovan’s ticket collaborated with the Star to sway election results. This is false.

The Star published the article detailing the Donovan ticket’s accusations against the Lupstein ticket because it is in the public’s interest to hear about candidates’ concerns and impending SA Supreme Court hearings that could delay election results and disqualify candidates.

The Star gave the Lupstein ticket a chance to comment and published Lupstein’s response. It has also published an article detailing the Lupstein ticket’s petition against the Donovan ticket and it will continue to fairly report on elections. To date, no candidate has asked for a correction to those articles.

1. Lupstein contends Alex Nugent, a reporter who did a candidate profile on Lupstein that was published Monday, must have worked with Donovan because she received Lupstein’s phone number from Donovan.

But, Nugent did not work with Donovan at any point and it is irresponsible of the Lupstein ticket to level this accusation at her or any other person without evidence, which he does not have.

2. Lupstein alleges there have been “so many articles regarding Greeks in the SA and the negative connotation associated with between them.” There have been no articles that fit this bill.

There have been no recent articles about Greek involvement in the SA, and certainly none that seek to put a “negative” light on the connections between Greek life and the SA. It would go against the Star’s ethics to have articles that are biased.

A March 20 Northern Star editorial — that is, a piece from the Editorial Board that appeared in the Star’s opinions section — urged the SA to advertise elections more so there would be more candidates and a more diverse group of candidates. The Editorial Board noted each SA president since at least fall 2012 has been a fraternity member and pointed out flaws in the SA’s advertising tactics that led to the lack of diversity in its leadership. We stand by those words: Elections should feature a diverse, large array of candidates.

If Lupstein is trying to say the Star’s award-winning Editorial Board should not fulfill its role and publish editorials that advocate for diversity — well, that appears to be another attack on the staff’s First Amendment right to freedom of speech and expression.

Lupstein also contended the Star did not write about Donovan being involved in Greek life, which is untrue, as a Monday profile on Donovan noted he is pledging a fraternity.

Finally, Lupstein writes that an article from “Kelly Bauer, a Northern Star reporter,” did not include that Lupstein had met with SILD Director Jill Zambito on Monday to talk about his campaign’s tactics.

In line with that, Bauer wrote Lupstein had met with Elections Commissioner David White, who is in charge of SA elections. Nothing more needs to be said because White is the authority on elections.

3. Lupstein contends Donovan’s ticket collaborated with the Star to publish an article detailing the Donovan ticket’s charges against the Lupstein ticket. This is completely false.

The Star published the article because it was in the public’s interest to hear about candidates’ concerns and impending SA Supreme Court hearings.

There is no relationship between the Star and the Donovan ticket or Lupstein ticket.

4. Lupstein alleges the Donovan ticket and the Star have attempted to intimidate the Board of Elections.

Again, this is completely untrue. Bauer’s article noted concerns from Donovan and his running mate, Robert Kreml, about a potential bias among the members of the Board of Elections based on their membership in fraternities Lupstein ticket members are involved in. Because this information was important to the petition created by the Donovan ticket, it was included.

The article also included a quote from Lupstein saying he found this charge “insulting,” showing the Star’s interest in fair coverage.

To have not reported on Donovan and Kreml’s concerns, and to have not noted three of the five Board of Elections members are fraternity members with Lupstein ticket members, would have been poor journalism on the part of the Star.

The Star has no interest in intimidating Board of Elections members. It wants only to provide fair, accurate coverage to its readers so they can fully understand the issues presented to them.

In the interest of showing the Star’s readers how dedicated the Star is to preventing conflicts of interest and to show how false these claims are, Bauer, who wrote the article Lupstein contends shows collaboration between the Star and the Donovan ticket, has recused herself from news coverage of the 2015 SA executive elections.

Bauer will not write, edit or view before publication an article about the tickets’ squabbles, though the Northern Star stands by the article Bauer wrote, “Donovan ticket calls for disqualification of Lupstein ticket in SA elections, citing intimidation.”

Bauer will continue to serve as the Star’s editor in chief and publisher, will edit stories that do not pertain to the 2015 SA executive elections and will serve on the Editorial Board.

Questions may be directed to Editor@NorthernStar.info.