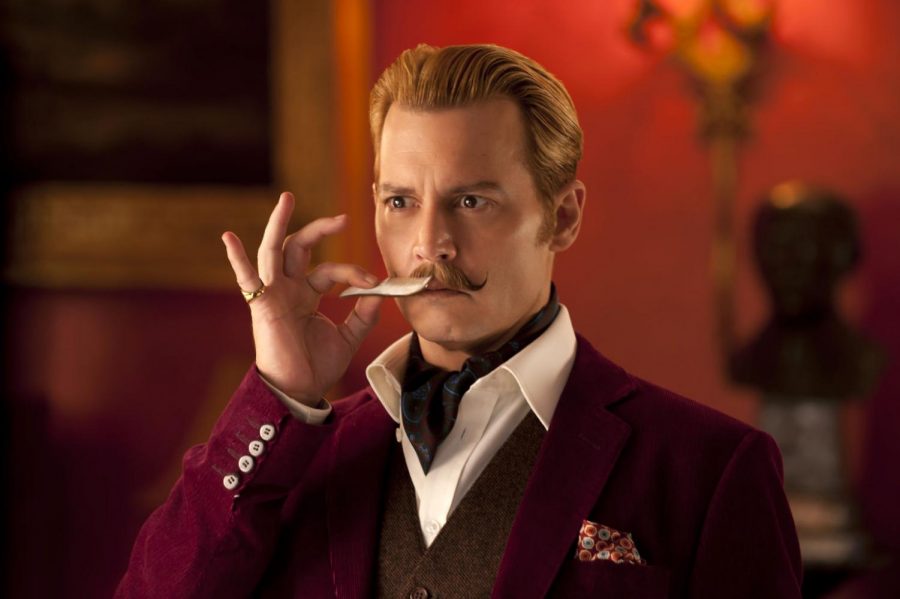 Johnny Depp stars in the titular role as Charlie Mortdecai, an eccentric and dapper art dealer trying to recover a stolen painting.

Since “Sweeney Todd” in 2007, Depp has been devoid of much critical success, as movies like “Into the Woods” and “Alice in Wonderland” were financial successes while being almost unwatchable. “Mortdecai” certainly won’t change that, as it appears Depp has been typecast as himself once again. The anomalous roles that made him so well-known have become trite and predictable.

Ewan McGregor also stars as an Mi5 agent who reluctantly recruits Mortdecai to recover the stolen painting, which is connected to a Nazi fortune.

Jeff Goldblum graces the screen with his presence, albeit for maybe three lines of dialogue. Gwyneth Paltrow and Olivia Munn appear as Mortdecai’s wife and an alleged nymphomaniac, although I couldn’t tell you what purpose their characters served other than Koepp having two more A-list names to slap on the movie poster.

The only humorous role in the movie isn’t one of the prominent stars, but is Paul Bettany, who plays Mortdecai’s manservant, Jock. Jock is everything that Mortdecai isn’t: He has a way with women and handles every sticky situation he and Mortdecai get into, while Mortdecai, who is supposed to be his superior, is only competent in identifying art.

It would appear the entire budget of the movie went into recruiting these mega celebrities for the starring roles and none of it went into the script.

“Mortdecai’s” vacuous and occasionally incomprehensible story is a complete mess, beating you down with the same jokes that weren’t funny the first time. The entire first act of the movie are flat jokes about Mortdecai’s newly grown mustache.

Perhaps the most egregious facet of the story is how Keopp managed to link the stolen painting to a Nazi fortune, much like “Black Sea,” which also came out Friday and is about a group of men trying to retrieve sunken Nazi gold. Recovering Nazi treasure has become one of the lamest tropes in American movies and is best left to Indiana Jones, not this pastiche of “The Pink Panther.”

If there were one thing the movie did well, it would be the fresh transition shots between cities. The transitions use a combination of computer-generated imagery and quick zooms to travel between locales. Unfortunately, like the jokes in the movie, these shots are overused and become stale.

Maybe if “Mortdecai” were directed by someone more versed in eccentric movies, like Wes Anderson, it could’ve been salvaged. As it stands, “Mortdecai” is an abhorrent movie, and it will surely be in the running for one the worst movies of the year.