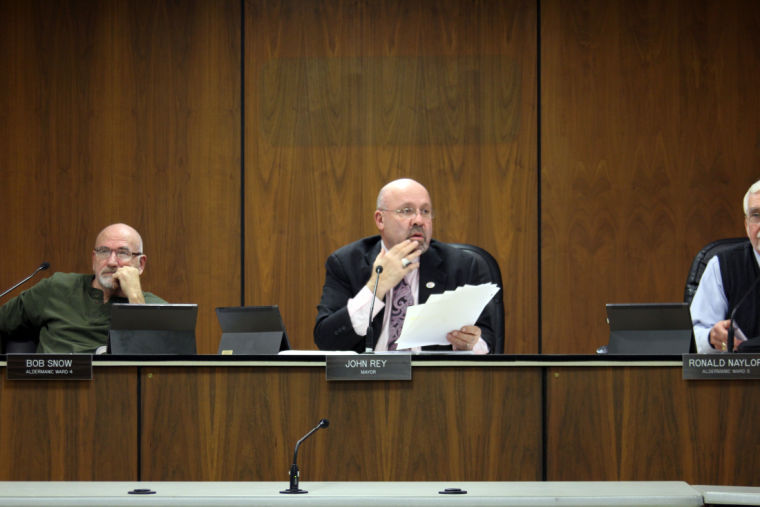 The majority of Monday’s City Council meeting was occupied with talk of a video gaming establishment being added to Glidden Crossing, located at the corner of Malta and Annie Glidden roads.

Video Gaming Terminals, a proposed tenant of Glidden Crossing, will add a place to play video games and enjoy video gambling and other services that would require a bar and liquor license from the city. The business’ main purpose is not to serve liquor, but the proprietors want it accessible to their customers.

Video Gaming Terminals would offer a lounge setting with soft and hard seating, televisions and a main attraction in electronic slot machines.

An amendment suggested removing the prohibition of “bars and taverns” from the prohibited use list from Glidden Crossing’s annexation agreement. This would be the third amendment that changes what establishments are allowed in Glidden Crossing following amendments in July 2006 and May 2009. Video Gaming Terminals is not specifically classified as a tavern, but proper licensing would label it as such because of its business.

“For an establishment to have the video gaming which they are seeking to do, they have to have a bar license in order to be applicable in city code,” said City Attorney Dean Frieders.

Concerns were raised by DeKalb citizens as the word “tavern” was attached when the establishment was discussed in the meeting agenda and in a Daily Chronicle article.

“When [the annexation agreement] was put together, taverns and liquor stores were not going to be a part of this,” said DeKalb citizen Tom Specht. “This doesn’t sound like something that’s in the best interest for the city of DeKalb.”

Specht was on the DeKalb Plan Commission when Glidden Crossing was proposed, and resigned from the commission in 2010. Specht’s main concern was that Glidden Crossing can be the first thing people see entering DeKalb and he doesn’t want to “degrade the entrance of this city.”

Frieders suggested making the amendment for Video Gaming Terminals to ease the tension associated with the word “tavern.”

“Right now the annexation agreement amendment would contemplate that generally bar uses would be permitted at this development,” Frieders said. “If you viewed the proposed enterprise and said that this is OK, but you don’t want to see a tavern, we could narrowly tailor [the annexation] to a specific unit to the building with a specific tenant.”

While Frieders’ advice seemed to calm some concerns, third ward Alderman Kristen Lash felt a specific amendment would cause more issues down the road.

“We should exercise caution with specific instances,” Lash said. “We need to allow bars in [Glidden Crossing] or we don’t.”

Sixth ward Alderman Dave Baker was a part of the original Glidden Crossing team with Specht.

“It’s really a quality of life question. If somebody wants to go have a cocktail and walk home and not risk a DUI, [the business being able to sell liquor] would give them that choice,” Baker said.

Baker said citizens would be able to walk home from the location.

The council decided to continue the public hearing of the amendment at its Dec. 9 meeting, at which representatives from Video Gaming Terminals will present City Council and any citizens present with a business plan equipped with blueprints, menus and pictures of the company’s other buildings.

The council will also be mailing residents within 500 feet of Glidden Crossing and put up appropriate signs to let them know what will be addressed at the meeting so they can express their feelings.