Women’s basketball out for revenge against Ohio University Bobcats 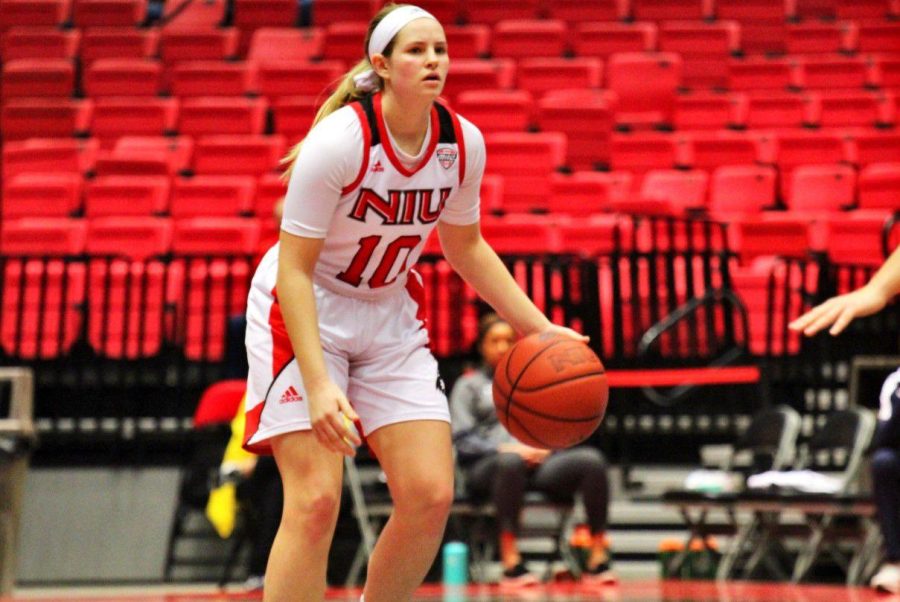 Then-freshman guard Chelby Koker brings the ball up the court in the Huskies' Jan. 15 loss to Kent State University at the Convocation Center in 2020. (Araya Venegas/Northern Star)

Coming off a five-point comeback victory Saturday against Akron, which marked its first winning effort in six games, NIU seeks to avenge its previous 67-87 loss to Ohio from earlier in the month.

The team has had a troubled past playing against Ohio, failing to beat the Bobcats over the teams’ past four meetings.

NIU’s last victory over Ohio came in a contentious matchup in January 2017 when the Huskies secured their 88-80 victory behind an immense 24-point performance from then senior Cassidy Glenn. The Huskies held onto their lead despite a sensational comeback effort late in the fourth quarter by the Bobcats.

The Huskies look to break their losing streak against Ohio by building on the foundation of their Saturday victory against Akron. NIU’s winning effort included an impressive performance from redshirt senior forward Courtney Woods, who broke into the record books as the third highest scoring women’s basketball player in NIU history. She recorded 20 points while shooting an impressive 53% from the field.

Ohio also comes into the game on a win after it’s victory this past Saturday against Ball State, which ended 79-71. The Bobcats edged out Ball State through an exceptional 25-point performance from junior guard Cece Hooks, who is currently averaging 16.6 points per game on the season, and is someone the Huskies will look to contain Wednesday.

In addition, NIU will look to limit the impact of redshirt sophomore Erica Johnson, who averages 8.1 rebounds and 15.4 points per game on the season from the guard position, shooting a proficient 45.8% from the field this season.

Following Wednesday’s game, NIU will head to their next matchup in Ypsilanti, Michigan as the team faces the Eagles of Eastern Michigan University 1 p.m. Saturday, January 25, inside the EMU