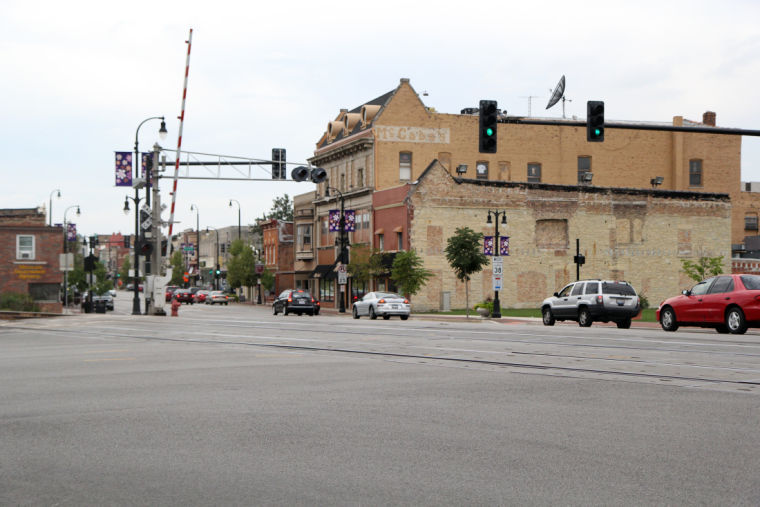 Driving down Lincoln Highway toward First Street, I took a minute to appreciate historic Route 38.

That road is an essential link from NIU’s campus to downtown DeKalb. Without Lincoln, I’d have a much more difficult time getting my weekly Vinny’s pizza. And no, I’m not entirely embarrassed to admit I order a pizza every week.

I sat down with House Cafe icon Jolly Baba, discussing what Lincoln Highway meant to DeKalb and what it meant to us.

Baba took pride in the street he’s gotten to know throughout his 15 years of living here. He praised the highway for its versatility. He said he enjoys watching the cars, trucks and bikes cruise past as we sat on a bench outside the cafe.

He’s right. Watching semi trucks, rush-hour commuters and an occasional minivan crammed for a road trip all using the same route breathed life into the heart of downtown DeKalb.

House Cafe owner Jan Pascolini first saw Lincoln Highway in 2007, when she was looking for a job.

“We look at it and it’s the main road,” Pascolini said. “Just business on Lincoln Highway, it’s awesome.”

Pascolini is less of a fan than Baba of the heavy traffic from semi trucks, but still enjoys the atmosphere the road provides.

As I listened to her reminisce, I started thinking about my own experiences on this highway.

I thought of my first time going to a House Cafe open mic, walking down Lincoln through a February chill as my crippling stage fright nearly knocked me unconscious.

Then my memory bounced ahead to my 21st birthday, with my friends helping me stumble along hopelessly from Molly’s to Fatty’s.

I also appreciated simpler moments on Lincoln, like the times I’d ride my bike through town on a quiet Sunday night.

The road is a vital part of DeKalb life, even when we don’t notice it.

“Anyone that hits Lincoln Highway will always come back,” Pascolini said.