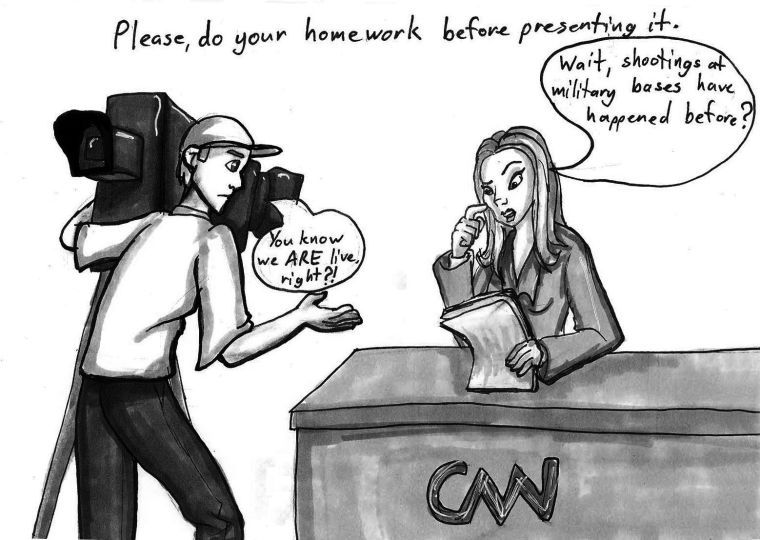 No. 3: Michelle Obama’s “Drink Up” campaign is pointless

First lady Michelle Obama’s campaign for healthier children released an initiative in connection with Partnership for a Healthier America to get Americans to drink more water.

There are three things wrong with this campaign. First, no one seems to know how much water anyone should be drinking. According to Sarah Kliff of the Washington Post, neither the Centers for Disease Control nor Obama’s program have set guidelines for the amount of water we should drink. The concept is great, but the guidelines for the initiative certainly aren’t clear.

Finally, of all the issues for the first lady to address, I wouldn’t put drinking more water at the top.

In my opinion, AIDS, domestic violence and gun violence are all obvious examples of more pressing issues that Obama could be spending her time on.

Costello told correspondent Brian Todd the shooting at the Navy Yard seemed “so unusual to me that a gunman could create this kind of havoc at a U.S. military facility.” She then said she “worked in Washington for many years [and] I’ve never heard of such a thing happening.”

Apparently, she forgot about the shooting at Fort Hood Army Base, where Nidal Malik Hasan, 43, was convicted in August for killing 13 people and wounding more than 30. In fact, an Associated Press article from Sept. 17 listed eight other shootings that have occurred at military bases, aside from Fort Hood, and despite the fact most of these other shootings had low casualties, a larger point should be raised: As a CNN anchor, Costello should have more knowledge on what she’s reporting. We are supposed to look to these reporters for our information, and when they forget a major shooting that left 13 dead, their credibility should certainly be put into question.

Complex.com has ranked NIU 19th of the 50 ugliest college campuses. In the article, Kathryn Henderson said “most students agree that the school sometimes presents itself falsely.”

I think they are more worried about what programs are available and extracurricular activities that fit their interests, not in how beautiful the campus is. If you’re in college then education is your highest priority. Complex.com should be spending more time focusing on those rankings instead.