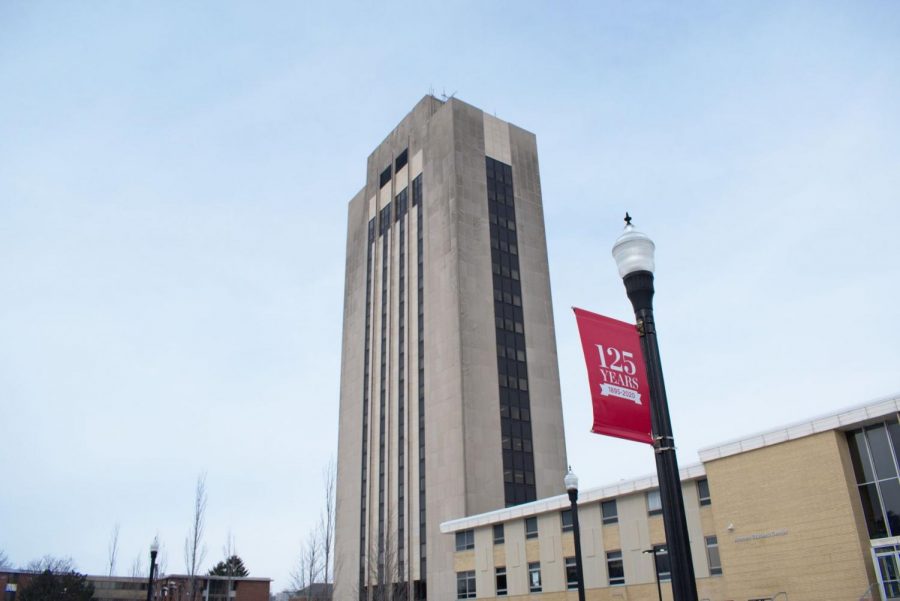 In this Jan. 19 photo, a 125-year anniversary flag flies in front of the Holmes Student Center.

DeKALB — Standardized test scores will no longer be used to make admissions or merit scholarship decisions, following the lead of other major US institutions.

Any high school graduate with a cumulative GPA of 3.0 or above will be admitted, according to a Jan. 29 news release.

The policy will go into effect for the class of fall 2021. The change will include students applying for the University Honors Program.

The release refer to national studies that show high school GPA is a better indicator of academic success than standardized test scores. Research funded by the nonprofit group College Board, owners of the SAT standardized test, say using the SAT score in conjunction with high school GPA is the best predictor of academic success.

Other studies have shown standardized tests are biased against minority groups.

The admissions are an attempt to avoid “well-documented findings that standardized test scores often are more reflective of a student’s socioeconomic background than their academic abilities,” the release states.

NIU’s shared governance were involved in the policy, with the Faculty Senate ranking “equity gaps and optional testing” as their third-highest concern in November.