Don’t get crushed under the weight of the world 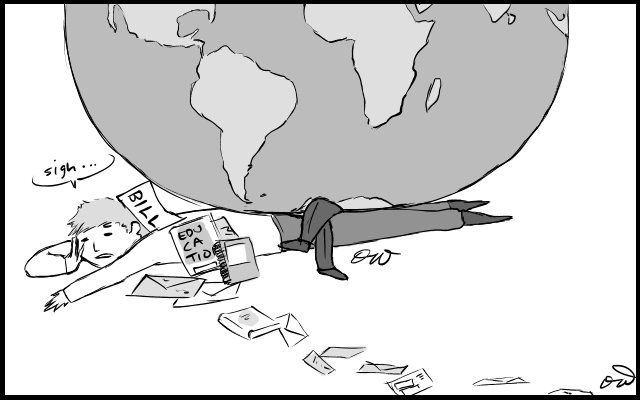 College can be a struggle.

The transition to higher education can involve a change in structure, responsibilities and location. Developing a new social group while maintaining a decent GPA can seem impossible. College, however, can be even more difficult when we have history.

Many of us coming to school with histories of abuse, addiction and mental illness don’t know how to cope. Life throws us into a new journey called “growing up,” leaving us unprepared and feeling set up to fail. Sometimes we make it and when we do, we celebrate.

However, some of us don’t. We give up, overwhelmed by what we couldn’t accomplish. Sometimes, our thoughts turn darker.

The recent recognition of National Eating Disorder Awareness Week and National Self-Injury Awareness Day, as well as the upcoming Alcohol Awareness Month in April reminds us that stress can manifest in different ways. People turn to harmful behaviors as a way to manage what life throws their way, and when life gets too hard, some begin to contemplate suicide.

Samaritans.org, a charity out of the United Kingdom, reports that “Suicide is more common in the spring and summer months.” This makes sense. Sometimes people attribute their unhappiness to the darkness and chill of winter, but when spring rolls around and they are still unhappy, they conclude there must be something wrong with them.

As spring slowly arrives, know that there is nothing wrong with you. Help is always out there and there are people who care. If you find yourself struggling with any sort of problem, get the help you deserve.

There is a light at the end of the tunnel. Seek it, and capture it.