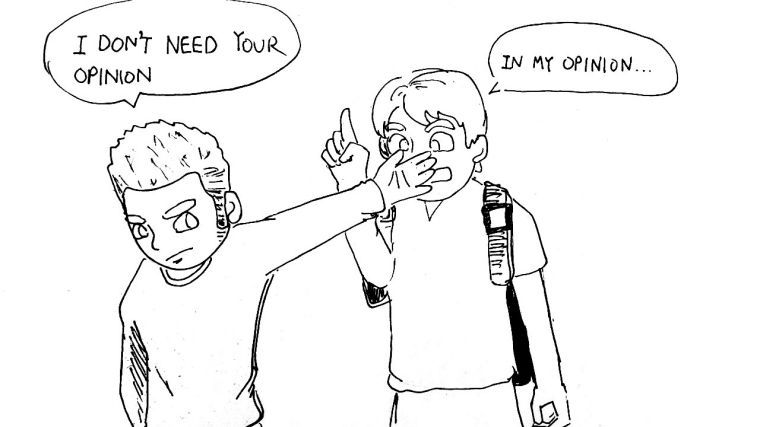 I don’t like using quotations, I don’t like seeking “expert opinions,” and I don’t like that we’re taught to believe other people’s ideas add credibility or merit to our own.

To contradict myself in the most profound way possible, allow me to cite ironically my favorite quote by Ralph Waldo Emerson: “I hate quotations. Tell me what you know.”

Emerson is one of my favorite philosophers due to his astounding optimism and belief in self-reliance. I share this sense of independence, and believe that validation, what we call “expert opinions,” isn’t necessary. To me, all an expert’s opinion boils down to is a celebrity endorsement of an idea. I’m not suggesting citing sources is wrong. Using factual evidence to deliberate ideas is important, and it’s consistent with my position. For example, I would trust statistical data about an increased carbon dioxide presence in the atmosphere and its relationship to climate change more than I would an environmentalist who merely says a connection exists. Simply put, I believe in doing my own research, not being influenced by other people.

“By spending all of our time regurgitating the thoughts of others, we lose out on the opportunity to reach our own conclusions,” Theodore said.

I can remember being assigned argumentative essays in school which required either including an “expert opinion” or citing a professional in a particular field. This would result in my finding quotations from other people and expanding upon them to make my thesis seem more credible.

I don’t agree with that. I don’t believe we need to seek verification from professionals who have achieved more than us. It’s almost as if citing experts is a way of gaining permission that our ideas are in fact legitimate. I want to know why our own opinions, beliefs or ideas aren’t valid by simply being critically evaluated. If we can assess an argument or an idea on its logic and soundness alone, what further justification is needed?

We ought to be more self-reliant in our beliefs and perspectives rather than deferring to what an “expert” on the topic thinks. I believe every individual person is capable of great things. It doesn’t take superhuman intellect to be brilliant. After all, Albert Einstein didn’t necessarily consider himself a genius. He simply said, “I have no special talent. I am only passionately curious.”

Granted, I’m not saying every person is going to paint the next Mona Lisa or build the modern equivalent of the Taj Mahal. My point is we’re all capable of developing our own ideas that can stand on their own merit if they’re thought out well enough.

Seeking out approval from experts doesn’t make a single idea more valuable or an argument more credible. After all, do we ever really make a decision on a political stance or a moral perspective because of what someone else says about it? In the end, it should depend on the sincerity of an idea that causes us to believe it.