Erase the taboo on breastfeeding 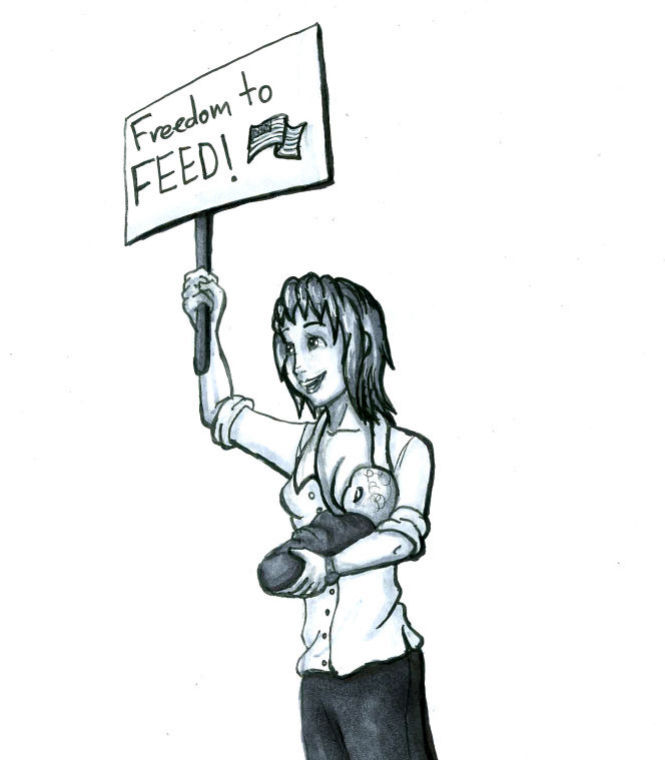 This is a question that many new and expecting mothers ponder upon as there is much to think about for each answer.

For many years now, breastfeeding has reigned as a popular method of feeding babies, with vast benefits to be reaped. Women who choose to breastfeed reduce the risk of their babies catching infections and illnesses as well as use the time to bond with their baby.

According to the Centers for Disease Control and Prevention’s 2010 breastfeeding report card, 75 percent of mothers breastfeed their babies in the U.S. Yet even with such high statistics as these, women who choose to breastfeed are still stigmatized, especially those who choose to do so in public.

Well, according to “Gender, Culture, and Physicality: Paradoxes and Taboos” by Helen M. Sterk and Annelies Knoppers, 57 percent of Americans do not approve of breastfeeding in public, which plays a role in making women reluctant to breastfeed publicly. They do not want to be embarrassed or receive negative comments and stares from disapproving strangers.

However, the women who have decided to breastfeed their babies in public are left wide open to all sorts of criticism. The backlash that they receive is most often stemmed from critics who deem it too inappropriate and believe it should be done only in one’s home, away from people. There have even been instances of women being asked to leave restaurants and stores because of their decision to breastfeed their baby inside of the institution.

This apparent disapproval is evident within media outlets. Australian TV host David Koch recently went as far as to say that women who publicly breastfeed should be “classy” and “discreet.” This statement has led him to be subject to protests by breastfeeding supporters who have found his commentary to be quite offensive.

Personally, I see nothing wrong with a woman breastfeeding in public, though I can see why some would be up in arms about the whole thing. Seeing an entire breast exposed with a baby suckling on it can be a bit uncomfortable for some to bear. However, it’s not necessarily indecent exposure as one can clearly see what the intended purpose is.

These mothers are only trying to give their baby the nutrients that it needs and there is certainly nothing wrong with that. NIU is home to many women who are both students and mothers with enough on their plate. They should be able to feed their baby in whichever way that they please without having to worry about receiving disapproving reactions from onlookers.

Infringing upon this right of a mother because she is using a method one finds to be “distasteful” is discriminatory. Besides, no one is forcing you to watch.

It’s time to take a stand to stop stigmatizing women who publicly breastfeed. Times are changing and there is no room for narrow-minded perceptions which condemn anything that is not reflectant of one’s liking or opinion.