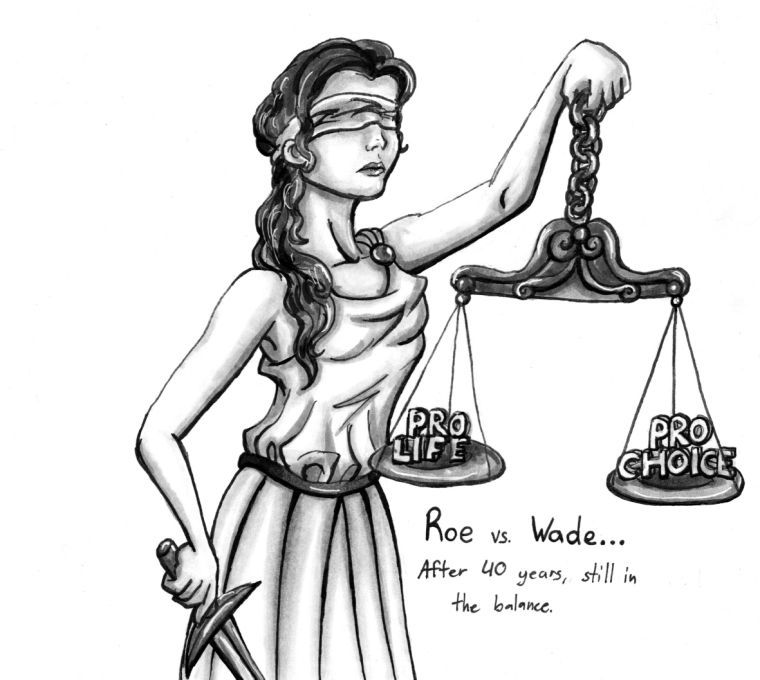 I’m not necessarily in support of abortions. As with any issue, it’s hard to choose between two absolutes of pro-life and pro-choice. But if you forced me to hop to one side of the fence, I’d say pro-life so people would stop tugging at each of my legs.

Having said that, I realize the circumstances of modern morality. I’m aware that if people want something bad enough, they’ll find a way to get it; we see that with countless issues in America. Simply by legislating something into or out of legality has never changed morality and it never will.

So, when Roe v. Wade was decided 40 years ago today, I believe it was the correct ruling. Whether moral or immoral, an abortion is a medical procedure which is best handled in a hospital. I can’t imagine the possible consequences of performing an abortion without medical supervision. Despite my own personal views toward the moral issue, if a woman decides she has no other option than to abort a pregnancy, I believe it’s best that she have the medical treatment necessary to avoid complications.

According to Our Bodies Ourselves, an online health resource center, 5,000 women died annually in the United States from unsafe abortions before Roe v. Wade. Now, that number is 0.6 per 100,000 abortions performed. So, at least the actual procedure of an abortion has become substantially safer.

The moral dilemma is a different discussion. I’m personally against abortion, but I have never believed that laws would curb society’s morality, and I don’t believe women would stop getting abortions if Roe v. Wade was overturned and the operation became illegal. And because that is the truth, until the morality changes, abortions ought to remain available for the safety of those women who choose to get one.