Youth need to be more involved in political advocacy 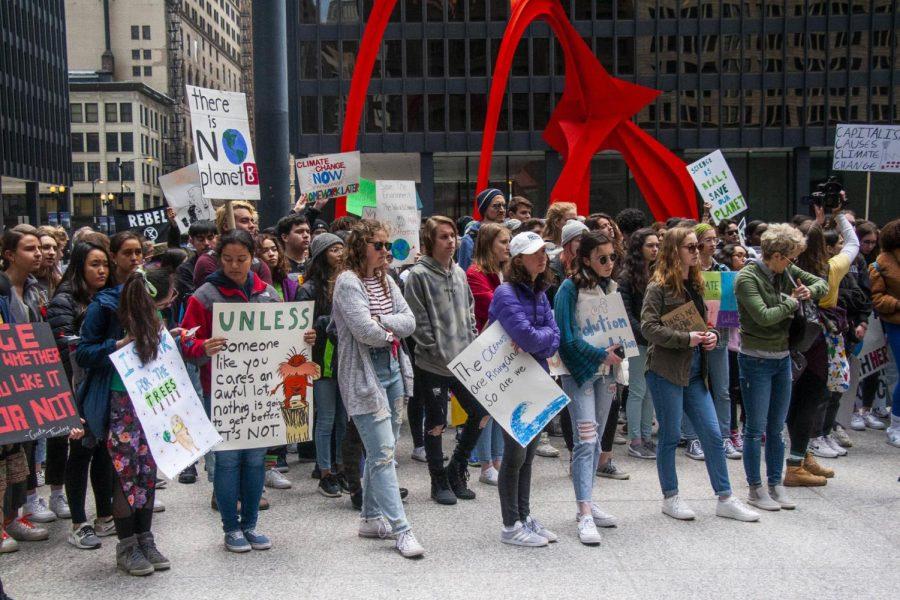 Protesters gather at a climate strike May 5 in Chicago to advocate for the federal government to focus on solving the climate change issue.

Local climate activist group 350Kishwaukee partnered Wednesday with Sunrise Movement to host a meeting at 1121 Loren Drive, urging local youth and college students to be more active in advocating for the Green New Deal. Events such as these are a reminder of the need for young people to become more involved in supporting political movements they agree with.

With the upcoming presidential election in November, now is an important time for college students and other young voters to share their thoughts on contentious social and economic issues being debated by the presidential candidates.

Meryl Domina, co-chair of 350Kishwaukee and event organizer, said she hopes the event will encourage attendees to become more active in seeking change by promoting their political beliefs to government representatives.

The presentations at the meeting were created by Sunrise Movement, an youth-led political movement that advocates for political action on climate change.

“Young people can take action; they’re often more open minded than older people,” Domina said. “They are the ones who will inherit everything and be very much affected by [current events].”

The need for an increase in political activism and civic engagement among youth has been growing for a while.

Out of American citizens aged 18 to 29, 56% of men and 40% of women said they hadn’t participated in any civic or political action in the previous 12 months, according to a 2018 PRRI and The Atlantic Civic Engagement Survey for the midterm elections. When Americans aged 65 and over were asked the same question, 28% of men and 41% of women reported no political engagement.

Younger Americans being uninterested in participating in political rallies, protests and elections is concerning because current policies will affect younger generations’ futures.

Regardless of what people’s political beliefs are, it is important for them to speak up.

The effort made by 350Kishwaukee and the Sunrise Movement to get younger voters to advocate for the Green New Deal is just one example of the many issues that young people care about and need to be speaking about more.

The amount of concern young people have for issues such as climate change should be reflected in their advocacy efforts.

Even doing simple things such as writing letters to local representatives can be just as effective as attending a protest or rally and is more effective than doing nothing.

In terms of expressing interest in current political issues, actions speak louder than words, and young voters should not stay silent.