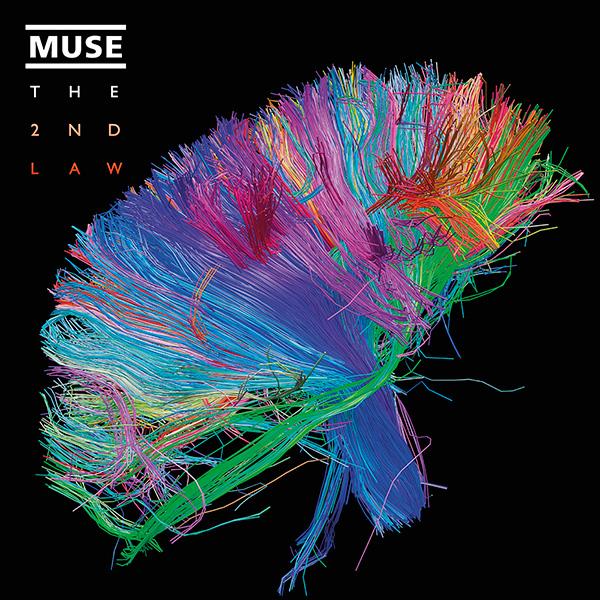 Most long-time Muse fans agree the band can be categorized in two parts: Muse before Twilight and Muse after Twilight.

The band became wildly successful after Twilight author Stephenie Meyer cited them as one of her biggest influences while writing. This led to the group contributing to the Twilight soundtrack and subsequently winning the hearts of Team Edward and Team Jacob.

The album following this rise to fame–The Resistance (2009)–was received mostly favorably among critics, but Muse fans in my inner circle (and myself included) found the music painfully lacking originality in comparison to previous work.

Today, Muse released The 2nd Law, their sixth studio album. They take the Queen-inspired bombast of The Resistance and pull out all the stops, even incorporating dubstep and disco.

The album opens with Supremacy, an epic beginning that sounds so totally Muse. Singer Matt Bellamy’s vocals carry this slightly repetitive track, and his signature falsetto is still going strong.

Supremacy is followed by Madness, the second single from the album. There is something classic about this track, but also something extremely modern. The song draws heavily from I Want to Break Free by Queen (especially noticeable during the abrupt guitar solo) but also uses elements of dubstep to create a truly unique sound.

Next is Panic Station, the third single, which has a strong beat and plays with the ideas of classic rock and theater. There’s even a bit of a disco vibe. I dare you not to dance.

Other highlights include Follow Me, a swirling love song that would have fit perfectly in their 2006 album Black Holes and Revelations; Save Me and Liquid State, which feature lyrics and vocals from bassist Christopher Wolstenholme; and the two-part epic album-closer The 2nd Law: Unsustainable and The 2nd Law: Isolated System.

The 2nd Law: Unsustainable was the first track fans heard from the album when the band released a music video for it in June. The song received mixed reviews as some fans battled with the idea of Muse using elements of dubstep. I myself was appalled at the change in direction, and I even declared all my hope for the band lost. However, in the context of the album, this song works beautifully. Bellamy said he wanted to toy with the idea of “analog dubstep” in the way that Rage Against the Machine changed the meaning of hip-hop by blending rap and rock. With the knowledge that all the dubstep sounds are created on real instruments, the song instantly becomes more intriguing and exciting to listen to.

The 2nd Law: Isolated System takes a subtler approach to electronic/dance music. It also has classical influences, which creates a beautiful yet unsettling sonic atmosphere when coupled with sound clips of news reporters describing the disappearance of Earth’s resources. These are the sounds Muse fans love, the sounds that make this a Muse album.

Beneath the nods to Queen and other ’70s and ’80s arena rockers, beneath the analog dubstep, Muse kept to their roots and created a progressive yet familiar album.