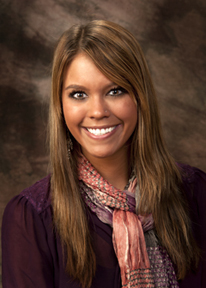 The election for Homecoming king and queen will begin today.

Dain Gotto, assistant director of the Campus Activities Board, said this year’s Homecoming court is special. Last year’s Homecoming elections poll showed roughly 1,100 ballots, and he expects the polls to show quite a bit more this year.

Some of the candidates for Homecoming king and queen desired to promote campus involvement.

Jordon Mitzelfelt, sophomore biology major and Homecoming queen candidate, said if elected as homecoming queen, she would like to emphasize the importance of getting involved on campus.

“NIU has a lot to offer its students and the opportunities are just out there waiting,” Mitzefelt said.

“It is important to not only spread awareness, but to help these young people live fulfilling, healthy lives,” LaBelle said.

Joseph Willie, senior political science major, said he expects the Homecoming king and queen to be honest and loyal toward students. Senior psychology major Felicia Kaspar said she expects them to represent the campus in a professional manner.

“It also gives a great opportunity for alumni to come back, and connect with current students,” Prock said.

Voting for Homecoming king and queeen will begin from 9 a.m. until 6 p.m. today. The election results will be announced 7 p.m. on Friday during the Bonfire and Pep Rally behind the Engineering Building.