Huskie Safe Line may be integrated into city transport, open to all residents 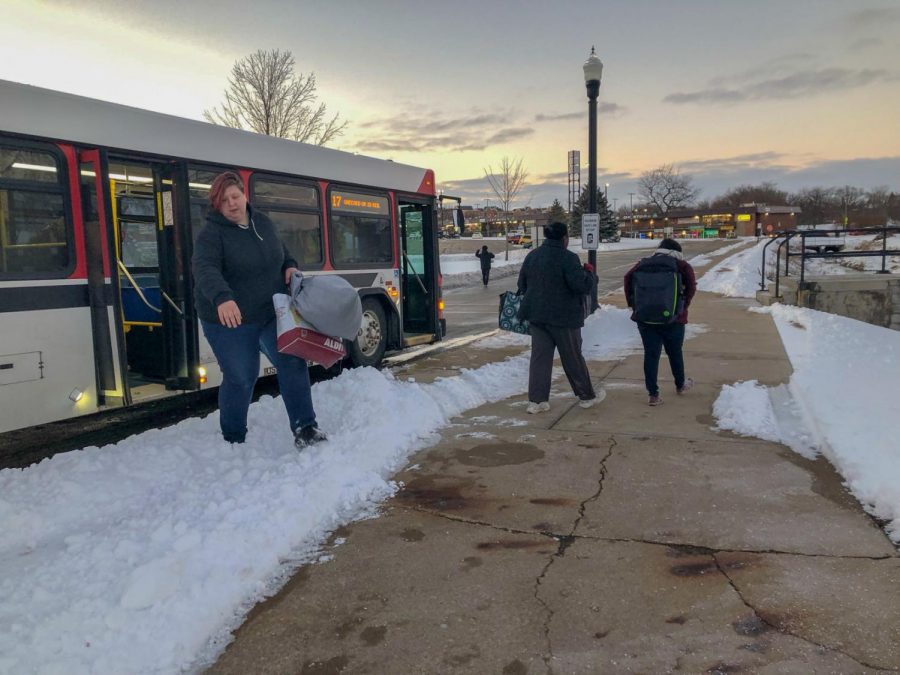 In this Jan. 14, 2019, photo, individuals take advantage of the HuskieLine route 17 bus Sunday afternoon near the DuSable turn around.

DeKALB —  Residents may be able to use the Huskie Safe Line after an ordinance was unanimously passed during Monday night’s City Council meeting.

The City of DeKalb plans to integrate the Safe Line and replace it with public transit routes that would be available to students and residents, according to the Jan. 27 City Council agenda.

The Safe Line is a free shuttle service that runs from 11 p.m. to 5:30 a.m Mondays through Sundays and is available to students, faculty and staff as well as community members with disabilities.

The original intergovernmental agreement for integrated transit services that was established on Oct. 22, 2018, didn’t include the Huskie Safe Line, just the Huskie Bus Lines and the city of DeKalb’s TransVAC service.

DeKalb Transit Manager Marcus Cox said the specifics, such as a new route, of the safe line being integrated are still being discussed with the university.

No council members discussed the ordinance at Monday night’s meeting but City Manager Bill Nicklas called the ordinance “a cleanup item” that was needed for the intergovernmental agreement.