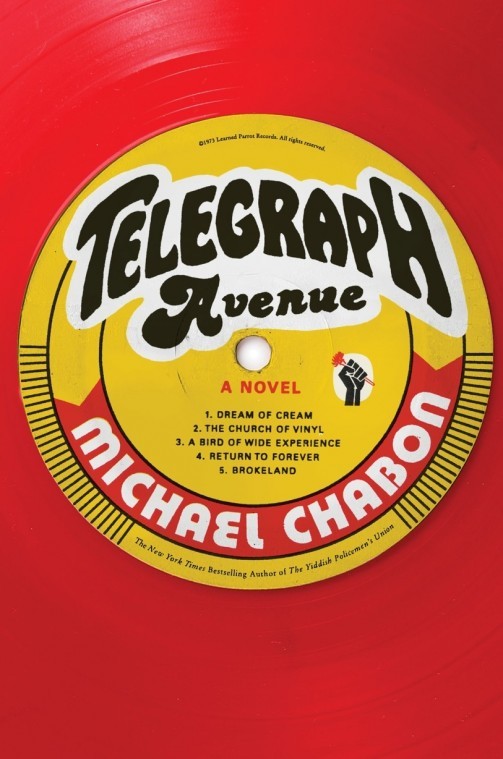 Michael Chabon's newest novel, Telegraph Avenue, came out on Sept. 11, 2012. It explores the themes of fatherhood, friendship, pain and love.

Michael Chabon is up to his old tricks.

The Pulitzer Prize-winning author is back in the public eye with his new novel, Telegraph Avenue, which came out Sept. 11. The book, his first novel in five years, is another example of Chabon’s staggering talent. Richly layered with scenes of fatherhood, friendship, pain and love, Telegraph Avenue will have Chabon fans both old and new flying through the pages.

Set during the summer of 2004, Telegraph Avenue takes place on the borders of California cities Berkeley and Oakland. The stars of the novel are Archy Stallings and Nat Jaffe, longtime friends and co-owners of Brokeland Records, a haven of used vinyl and musical opinion on the novel’s namesake Telegraph Avenue.

Their wives, Gwen Shanks and Aviva Roth-Jaffe, are skilled midwives who are well-known and well-loved in the “Brokeland” neighborhood. Aviva and Nat suspect their lovely son, Julius, is gay, while Archy and Gwen are expecting their first child.

Their lives are chaotic but flourishing until a new store comes into town. Former NFL quarterback and fifth-richest black man in America Gibson Goode announces plans to open the newest branch of his Dogpile megastores in the same area as Brokeland. Dogpile, a monsterplex of entertainment consumption, threatens the delicate livelihood of Brokeland Records as well as the men and women who depend on it.

Through its characters, Telegraph Avenue explores many difficult themes. With both Brokeland and Gwen and Aviva’s midwifery profession threatened, the line between friendship and professionalism is examined. The appearance of Archy’s illegitimate and long-unacknowledged son, Titus Joyner, as well as Gwen’s pregnancy, presents a poignant and complicated glimpse at fatherhood and the responsibilities it presents. The acceptance of the gay lifestyle and racial relationships (the Stallings are black while the Jaffes are Jewish) also crop up, leaving readers with a lot to think about long after they put the book down.

Though lacking the outright genius of Chabon’s greatest books—The Yiddish Policemen’s Union and The Amazing Adventures of Kavalier & Clay—Telegraph Avenue shines nonetheless. Chabon’s prose is polished and gut-punching; his descriptive language will cause even the most jaded readers to gasp with delight.

Chabon deftly guides readers through feelings of incompleteness and loss while reminding them of the simple, gorgeous complexities of life. Given the recent onslaught of unimaginative literature, Chabon’s turn of phrase and obvious love of his work is refreshing to read.