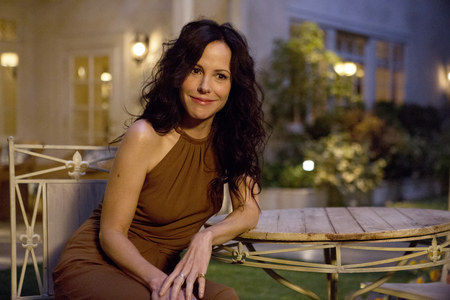 Nancy Botwin (Mary-Louise Parker) is a suburban drug dealer in Weeds, which is in its final season.

While most students think of fall as “back to school” time, I look forward to this time of year for a much less academic reason: the fall TV lineup. I’ve taken it upon myself to study fall returns and cancellations like I study French flashcards, and I present to you the resulting list of shows that are finally, thankfully, ending their runs, as well as a few shows that should probably get the axe before things get worse.

When Gossip Girl first debuted, it was misunderstood by many as just another teenage show. However, it was much more than that. The show was innovative in that it was one of the first shows to embrace the darker side of teen life (shows like Pretty Little Liars have GG to thank for their existence) as well as a completely serious take on the decadence of richer-than-God socialites. No longer the beacon of perfect styling and subtle mischief that it once was, Gossip Girl will end this fall after wrapping up absurd storylines and plot twists.

The concept of an ordinary, suburban mom who sells drugs to keep her family afloat was (and still is!) a delicious change from the usual bad guy shows. However, in the past few seasons, Weeds has turned from its semi-relatable backdrop and become more and more unbelievable. Hopefully, the last season will see the show return to its roots a little and give fans a taste of the wink-and-nod social commentary they remember.

Airing The Office without Steve Carell is like running your laptop without its power cord. Things will float along fine for a while but, eventually, you are going to run out of juice. Carell’s Michael Scott was the show’s Sun for seven seasons, and when he left Dunder Mifflin Paper Company it seemed as though the characters simply spun out of orbit. The resulting episodes were dull and, at times, just plain strange. Though I will be sad to lose Jim, Pam and Kevin, I am glad that the showrunners decided to stop beating a dead horse.

This show hit its acme back in season four, when John Lithgow astonished viewers with his guest role as the Trinity Killer. Since then, every guest star and just-for-shock-value plot twist has paled in comparison. You should’ve stopped while you were ahead, writers.

There are too many singing reality shows! Too many! American Idol’s constantly changing roster of judges comes off as desperate, and desperate is only entertaining sometimes.

Two and a Half Men:

Give the lovely Jon Cryer a new show, and rid the airwaves of this parade of ridiculousness.

CSI: Miami didn’t live to see fall 2012, and that is simply unfair. If we can’t have Horatio Caine and his sunglasses of justice, then why should we have to continue to deal with his way less cool crime-solving brothers?