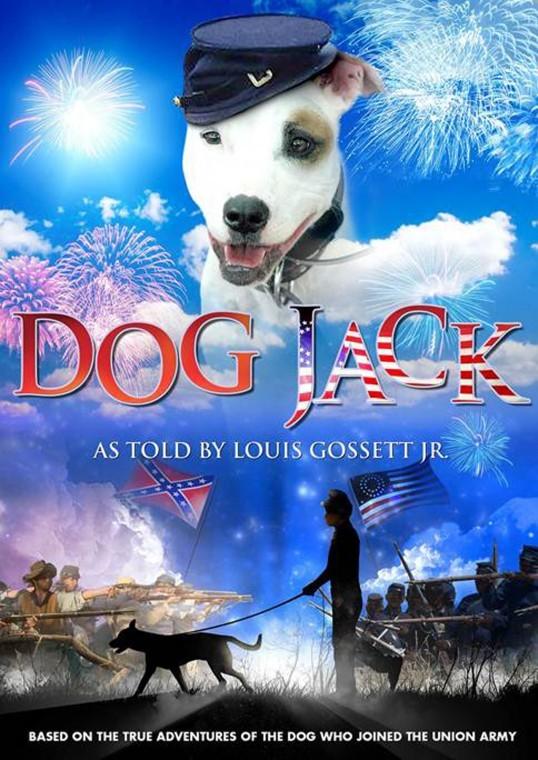 Back by demand following a successful run at the Sycamore State Street theater, 420 W. State Street in Sycamore, the independent film Dog Jack will hold additional showings this weekend in Sycamore.

Dog Jack is a film based on a book of the same name. Both tell of the real-life mascot of Pennsylvania Volunteers 102nd Regiment, a bull terrier that came to be known as Dog Jack. Historians say that Jack responded to bugle calls and helped seek out wounded soldiers on the battlefield.

“The author of the book [Florence Biros] had a dream to make this into a movie for 35 years,” said co-producer Don Albert. “The rest was a journey of faith. It was really wild. It was amazing how it grew. So many people joined in, from re-enactors to our whole cast and crew.”

Woven into Dog Jack’s story is the tale of a young Jed, a runaway slave who joins the 102nd intent on getting justice for the brutal treatment of his family. His mother and sister still live on the plantation, and Jed dreams of the day when they can be free as well. Jed embarks on a journey in which he grows up, and also faces his former plantation master, says Albert.

What does Albert think NIU students can take away from his film?

“It’s really a reminder what the country went through during the Civil War, and also gives you yet another look at slavery, which reminds you of how the country was back then, and how it has grown,” he said. “It’s nice to see a new perspective on the Civil War.”

Dog Jack has earned nationwide recognition; the film was named “best drama” at The San Diego Black Film Festival 2011, as well as the Story Teller award at The Redemptive Film Festival 2011. The film’s national release will coincide with the beginning of Black History Month, becoming available on DVD, Video On Demand, Netflix and in-store and online.