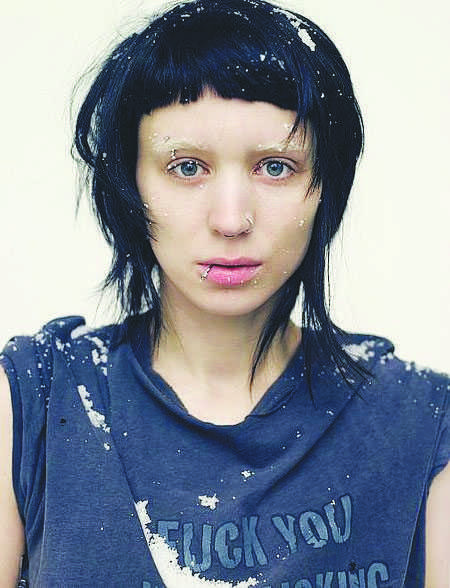 Lisbeth Slander, played by Rooney Mara, is the victim of a graphically-orchestrated rape scene in The Girl with the Dragon Tattoo.

Oscar nominations were released on Tuesday morning, and while The Girl with the Dragon Tattoo did not exactly get snubbed, Rooney Mara, who plays Lisbeth Salander, was the only on-screen star recognized.

Mara certainly stole the show, especially during a gut-wrenchingly graphic rape and a subsequent “revenge scene.”

Lisbeth is raped by her guardian who controls her funds. She is forced to perform oral sex for money, but when she asks for money for food over the phone, he invites her to his apartment. She thinks it will be business as usual, but he ends up viciously handcuffing her to his bed and violently raping her for two hours.

The scene itself lasts only a few minutes, but it felt like an eternity to me. As someone who considers herself an advocate for women’s rights and awareness of women’s issues, I was torn between two conflicting viewpoints.

A part of me thought the scene was absolutely necessary not only for character and plot development but to raise awareness of violence against women. News stories, both on screen and in print, do not hold a candle to an image in a movie. Even though it was a fictional film, that scene was more effective at communicating the horrible reality of rape than any non-fiction written account I have ever read.

But another part of me, the part that could not get the images and Mara’s blood-chilling screams out of my head, wondered if the filmmakers crossed the line.

Films are meant to be both entertaining and informative, but I could not stop wondering if this scene was too much information.

There have been rape scenes in movies which were completely effective without turning my stomach. The example that comes to mind is American History X, where Edward Norton’s character is raped in prison. The scene had emotional impact without making me afraid to walk from my car to my house after sundown.

Iffat Fathima, Exercise science major and treasurer for the Women’s Rights Alliance, shared my view that written accounts and action on a screen are two very different experiences.

“There is a difference between graphic violence being textualized and portrayed,” she said. “The readers of the book might feel sympathetic to the victim but yet not feel connected with the victim, whereas one who viewed the crime in the movie is more impacted because it puts a face to the action, and we see these victims are as human as we are.”

She said her 14-year-old sister read a book about a rape victim who tries to commit suicide.

“I am glad she understands the concept of and severity of such situation,” she said. “I wouldn’t dare to show her the rape scene from the movie The Girl with the Dragon Tattoo to have her understand it.”

Fathima said despite her reservations about younger audiences viewing the film, she believes the scene was necessary because it raises awareness about the reality of a crime that many women have to live with.

Junior anthropology major Christine Buchanan agrees that the scene was necessary, but more for character development than raising awareness.

“I did think the rape scene was necessary because it gave the audience further insight into the mind of Lisbeth Salander,” she said.

Maybe I just have a weaker stomach than I thought, but I am still personally on the fence as to whether the scene was necessary or there for shock value. Either way, that scene and the rest of the film scored Rooney Mara an Oscar nomination, and it created a conversation that is important and often ignored in our society.

In reference to the revenge scene where Salander employs an “eye for an eye” philosophy, she said, “It was also a tiny bit satisfying that, for once in a movie, the character did what the audience was probably wishing they could do to such a despicable person.”

Fathima got satisfaction from the revenge scene as well.

“I think the revenge scene should be interpreted as female empowerment, because at that point she gets the control over a part of her life; her financial well-being,” she said. “But in general women empowerment is not about revenge on men, it is about taking control over our life that we have the born right over and help others reach that liberation.”

“The rape scene was not too much; it is realty, it does happen,” Fathima said. “We want be in our cocoons and never admit to what is the reality of the world. If anything, the scene was lack of information compared to the actuality of such cases.”