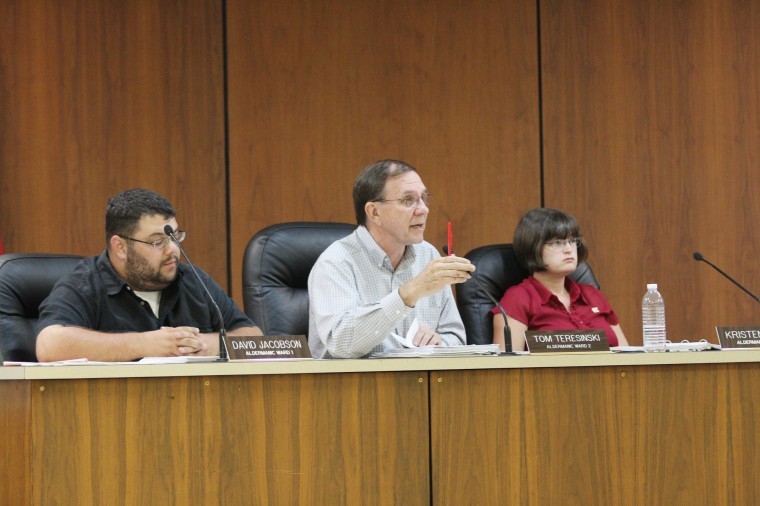 After a vote of 5 to 2, the DeKalb City Council authorized DeKalb Mayor Kris Povlsen to sign an agreement with Mickey, Wilson, Weiler, Renzi and Andersson P.C..

“I’ve followed this process from before I was on the council,” Lash said. “I am willing to go that route, but I think we should have a vote to make sure the council wants to go this route of outsourcing. I think we’ve skipped the step of making sure that as a council we have decided to outsource.”

Another issue that arose with confirming the firm was the cost.

“I have no issue with the firm, but after looking at the costs, I have difficulty with outsourcing,” said 5th Ward Alderman Ron Naylor.

After the March death of city attorney Norma Guess and the resignation of assistant city attorney Dawn Didier, the council looked to outsource their attorney.

“This started out as a way of cost cutting for the city.” Povlsen said.

Other concerns regarded an issue of whether the money spent on outsourcing legal services will have positive repercussions.

“Spending the same amount of money on legal services and only getting half of the labor hours, we have to make sure that we are getting all the work done,” Povlsen said.

Peter Wilson Jr., partner of the firm, attended the meeting and reassured the council that their services are flexible and reliable.

“We want you to be comfortable with the services you are getting,” Wilson said. “We don’t have any doubts that we can’t handle the legal work load. If you are not happy with us, and you want to add on in-house members, that’s fine with us. We are giving you the highest level of service at a cost-effective price.”

The proposal of integrating NIU law students to the legal team came from Lash prior to the vote.

“I am still at a loss of why we don’t use NIU more,” Lash said. “There are intern and federal student work programs we could be using.”

“The city has already put the outsourcing for legal assistance in its budget,” said city manager Mark Biernacki. “We have done various interviews with sixteen firms, and we budgeted over what the cost of the firm is. Also, we had no DeKalb county firm submit requests [for the position.]”

During the meeting, citizens also shared comments and complaints on this year’s Corn Fest.

A representative of Dekalb’s St. George Greek Orthodox Church, 320 S. Second St., complained that only six local venders were in attendance at Corn Fest; her church was one of them.

“I am extremely concerned that there are only six local venders,” said 4th Ward Alderman Brendon Gallagher. “I think that everyone needs to roll up their sleeves as this is a community event; we need to have the community involved.”