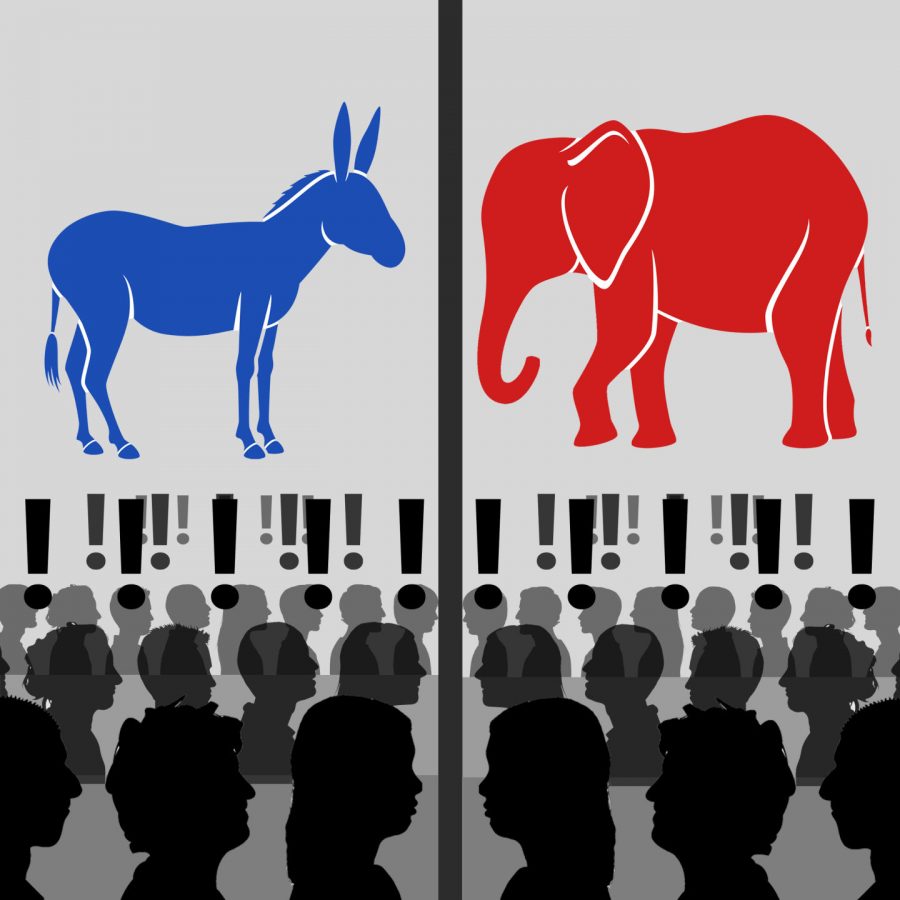 While political parties are nothing new, with the first ones popping up around the 1790s, the divide between the parties seems larger than it has ever been due to widening social and economic disagreements, such as abortion and immigration.

A two-party system was not a system the founding fathers wanted to see.

“The alternate domination of one faction over another, sharpened by the spirit of revenge, natural to party dissension, which in different ages and countries has perpetrated the most horrid enormities, is itself a frightful despotism,” George Washington, founding father and first president of the United States, said in his farewell speech.

The founding fathers believed that having political parties would tear the nation apart as  it did to England in the 17th century, and the nation would be better if it was truly democratic, where the citizens are in charge and everyone works together.

“However [political parties] may now and then answer popular ends, they are likely, in the course of time and things, to become potent engines, by which cunning, ambitious and unprincipled men will be enabled to subvert the power of the people and to usurp for themselves the reins of government; destroying afterward the very engines which have lifted them to unjust dominion,” Washington said.

The divide the founding fathers feared is happening. Trump’s approval rating is 89% for Republicans and 7% for Democrats, the largest divide in the 74-year history of the poll, according to a Jan. 21 article by CNN. Despite that divide having always existed, an 82% difference says something substantial about the state of politics. The 10 most divisive years have occurred in the past 16 years, if you look at  partisan gap polls. The party system is only making matters of democracy worse due to changing social views in the country, as well as changing political climates.

This can happen by political parties compromising on more issues they disagree on, as well as allowing members from each party to work together on issues. While it is not likely to get rid of something that has been a part of the country for over 200 years, the fact that divisiveness is so high shows that the political system needs to change.