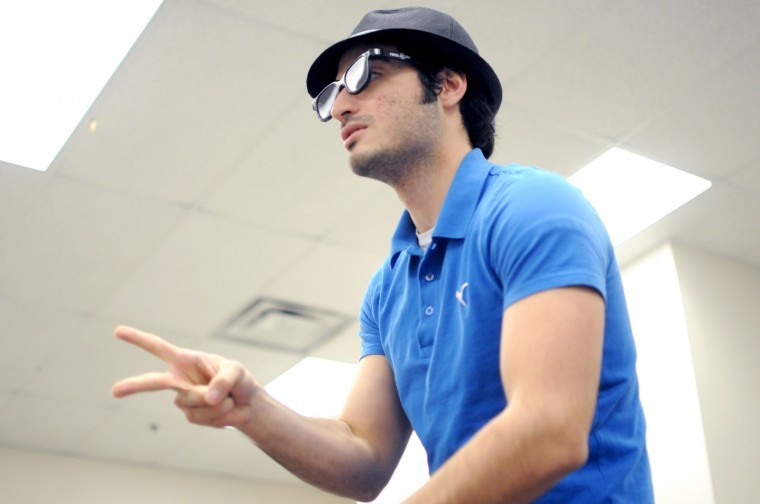 That phrase could be heard echoing the halls of the Campus Recreation Center Wednesday night during Recreation Services ‘ first ever Rock, Paper, Scissors contest.

Twelve people participated in the single-elimination tournament, and each one had their own personal strategy.

Davis lost in the second round of the tournament, after falling prey to ‘the avalanche.’

“I wasn’t expecting it,” Davis said. “I threw scissors; it worked on my last opponent.”

“You’ve got to keep the wrists safe, keep the muscles loose; you don’t want to hurt yourself,” he said.

Dan Raz, senior business administration major, had to sit out the tournament due to a pre-existing injury.

“I’m going to try throwing one thing out, see what works,” he said. “I’ve got to think one step ahead.”

“I just wanted to have fun and be with my friends,” he said. “But I’m still going for the gold.”

Saghafi fell in the second round, and Toon took the title after out-shooting his opponent 4-1 in the final match.

Toon relished in his victory after the match.

“Basically all emotions associated with winning.”

Graduate student David Wiley, who refereed the tournament, said he hopes it will grow in the future.